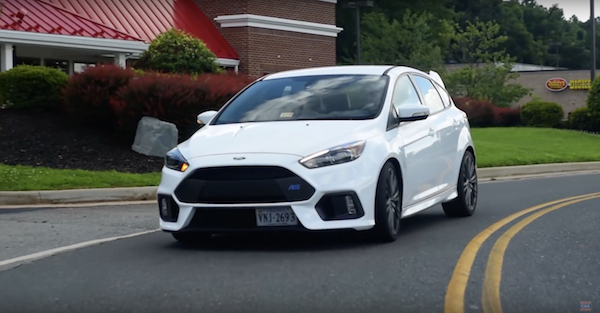 Ford has finally released an official repair procedure for the coolant burning issue on the Focus RS.

The hot hatch has received a ton of negative press for an issue with coolant leaking into the cylinders. As we covered in previous articles, some owners have had head gaskets replaced, cylinder heads replaced and even the entire engine replaced due to the engine hydro locking. Many RS owners took to the online forums to tell their story and, towards the end of 2017, Ford admitted there was an issue.

They just released Customer Satisfaction Program 17B32, which says an issue with the head gasket is causing the coolant leak. It?s interesting to note that Ford did not say specifically what part of the gasket is causing the problem. It was previously discovered that Ford had been installing the Mustang Eco Boost head gasket on the RS and that could have been the entire issue to begin with.

The program covers all Focus RS vehicles built between August 3, 2016 and July 6, 2017. The procedure calls for technicians to perform a cooling pressure test. If more than 4 psi of pressure is lost within five hours the tech is to look into the cylinders with a borescope and check for coolant. If coolant is found they will replace the cylinder head, and if less than four psi is lost during the five hours, they will replace only the head gasket.

Since this affects many cars, Ford has modified their cylinder head removal procedure to cut down on warranty time. Technicians are now to leave the turbo charger attached to the engine and work around it while removing the cylinder head. The head gasket replacement pays 9.2 hours of labor and an additional .9 if the cylinder head needs to be replaced according to the article by Road and Track.

This is a sigh of relief for all RS owners who were afraid with the discontinuation of the RS after 2018, that Ford might just forget about them. Time will tell if this repair holds up, but considering this was probably all due to the wrong head gasket being installed at the factory, this should be an open and shut case. Drift on RS people, drift on.

Related: This may be why the Ford Focus RS is blowing head gaskets