Safety group amps up pressure, accuses a popular Ford vehicle of being dangerous 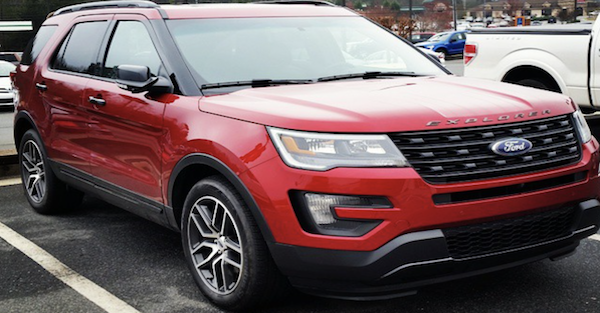 The Center for Auto Safety is asking Ford once again to recall 1.3 million Explorers over complaints that carbon monoxide is leaking into cars.

The group, which was co-founded by Ralph Nader in 1970, sent a letter to Ford CEO Jim Hackett stating that there have been 1.400 complaints logged with the NHTSA over leaking exhaust.

After the center originally reached out to Ford in October, the automaker said it would offer free inspections of the exhaust system for potential leaks. Ford also said it conducted its own inspection and had not found “carbon monoxide levels that exceed what people are exposed to every day.”

Ford Spokeswoman Elizabeth Weigandt said this in a statement according to autonews.com:

“Explorers are safe, Ford’s investigation and extensive testing has not found carbon monoxide levels that exceed what people are exposed to every day. The safety of our customers is paramount. We encourage customers with carbon monoxide concerns to bring their vehicle to their local Ford dealer for a free service designed to reduce the concern. If they are not satisfied with the service, we encourage them to call our dedicated hotline at 888-260-5575.”

Ford has issued four technical service bulletins for exhaust leaks and odors but does not find the problem serious enough to issue a recall. In 2017, police departments reported at least two crashes with Explorer-based Police interceptors that could have been carbon monoxide-related, and a third that reported injuries from carbon monoxide exposure. Although Ford claims that the up-fitting procedure on these police vehicles caused the issue, they are still covering repairs related to exhaust fumes for police departments.

Jason Levine, executive director of the Center for Auto Safety, had this to say according to autonews.com:

“Ford needs to stop sending mixed messages to Explorer owners and passengers, including senior citizens and parents of young children, that the vehicles are ‘safe,’ and that repairs are available only for ‘peace of mind.’ Since some Ford dealers are responsibly replacing cracked exhaust manifolds, it is time for Ford to take a more serious step, recall all of these vehicles, and inspect and replace cracked exhaust manifolds.”