Is this the face of a woman who cops say left a child in a car so she could go drinking? 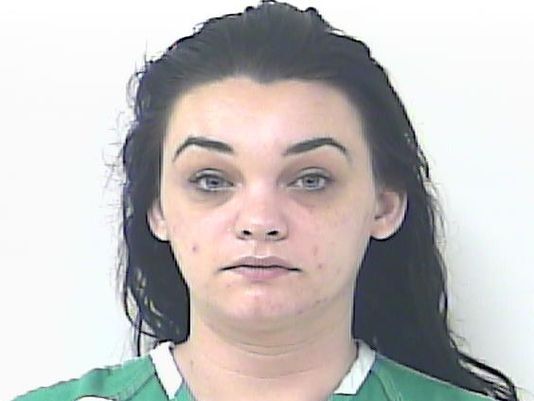 A strong candidate for mother of the year award.

The TCPalm.com reports 28-year-old Amber Buford was arrested on charges of DUI and child neglect. The reason? Port St. Lucie police say Buford was drinking in a bar while her 6-year-old daughter was left to sit in the car. When the bartender became aware of the child, she stopped serving Buford.

With no alcohol, Buford left the bar. Half hour later, police were called to an accident where Buford?s car had crashed into a parked boat. Police say they found Buford standing outside of the car and smelled of alcohol. Police also say there was an open wine bottle in the back seat, with a corkscrew and cork in the front cup holder.

Both Buford and her daughter were taken to the hospital to be checked out, then Buford was arrested.