Rumors say Fiat-Chrysler could be bought by an unlikely rival 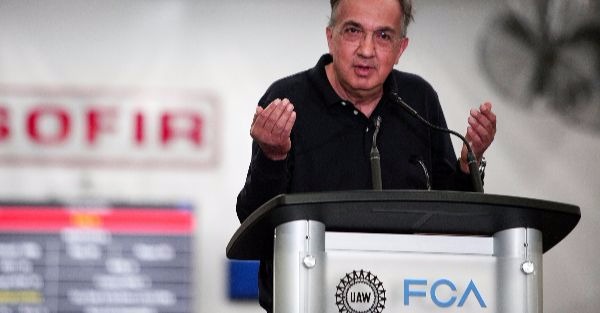 Had news come out 15 years ago that Hyundai could be the largest Automaker in the world; you probably would have labeled it fake news and moved on. It?s been reported that Hyundai, the maker of the Accent, and other tiny to sort of tiny economy cars, could buy out Fiat-Chrysler Automobiles. Ok, we have to give them some credit now, because their lineup is actually pretty impressive. But, remember the 80?s and 90?s Excel?

According to the Detriot Bureau, Hyundai is investigating the purchase of FCA since options for a Chinese Company making the purchase have vanished. FCA CEO Sergio Marchionne, has been very vocal the last couple years that he is ready to deal whether it’s a partnership, selling off brands or selling the entire company.

Although Hyundai is not officially confirming their plans to purchase, it makes a lot of sense for them. Hyundai and FCA combining forces would create a very diverse automobile manufacturer. Hyundai is big on small and midsize cars but has virtually no truck and very little large SUV market share. With the addition of Jeep and Ram, Hyundai could cash in on the resurgence of gas guzzling larger vehicles in the U.S. FCA is doing nothing but discontinuing small to mid-size cars, so there won?t be much cross competition if the merger happens.

This merger would immediately make Hyundai the largest auto manufacturer in the world if you look at last years figures. Combining FCA and Hyundai’s sales numbers from last year translates to 11.5 million vehicles sold. The only car manufacturer close would be Volkswagen at 10.3 million, Toyota at 10.2 and GM with 10 million.

You know times are changing when a car company that was formed in 1967, and only started selling in the U.S. in 1986, could become the largest in the world.

Related: Dodge is planning major changes to its lineup and it affects the Challenger and Charger’s future