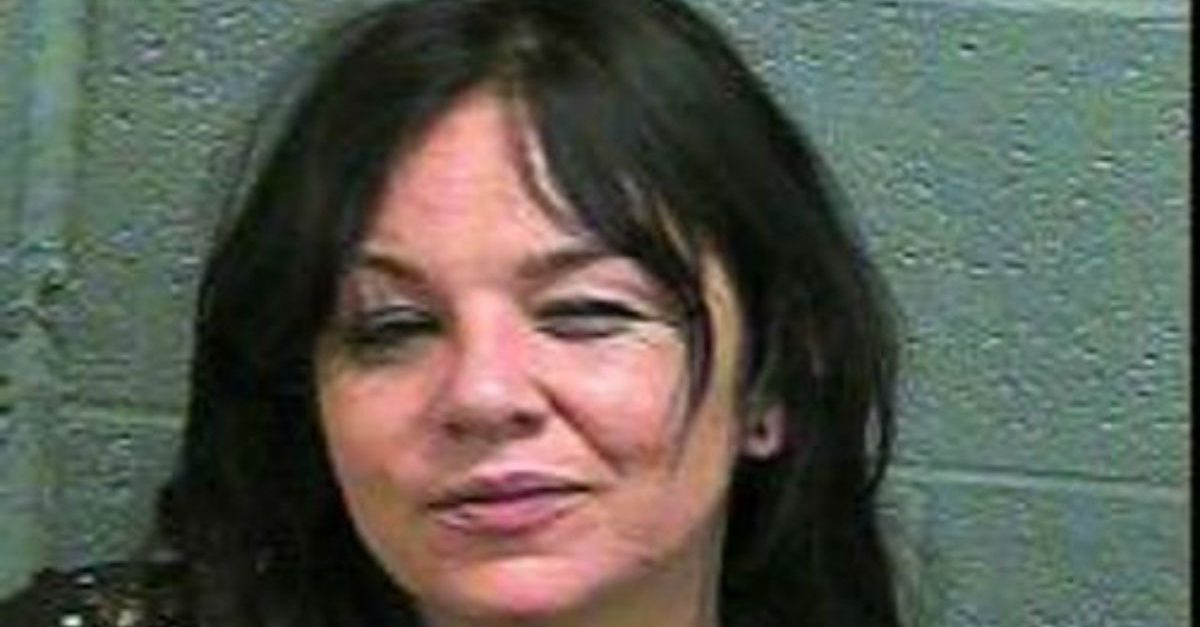 NASHVILLE, Tenn. (AP) ? A Tennessee woman aboard a plane forced an emergency landing in Oklahoma after allegedly making threatening remarks and becoming belligerent.

The Tennessean reports earlier this week flight attendants were unable to calm down 36-year-old Caleena Johnson of Knoxville while flying on Southwest Flight 4933 ? which originated in Nashville ? and decided to divert to Oklahoma City.

Read More: You Know You?re a Redneck When You Drunk Drive a Lawn Mower and Get Yourself Tased

Southwest officials confirmed the plane was delayed for 45 minutes before continuing to Phoenix.

According to a Oklahoma City police, Johnson was met by local authorities and arrested on a charge of public drunkenness. During the ride to the jail, Johnson allegedly screamed several times and then kicked out the rear passenger-side window of the patrol car with her feet. Police fastened her feet for the rest of the ride to the jail.