Driving Through This Utah Tornado Looks Like an Absolute Nightmare 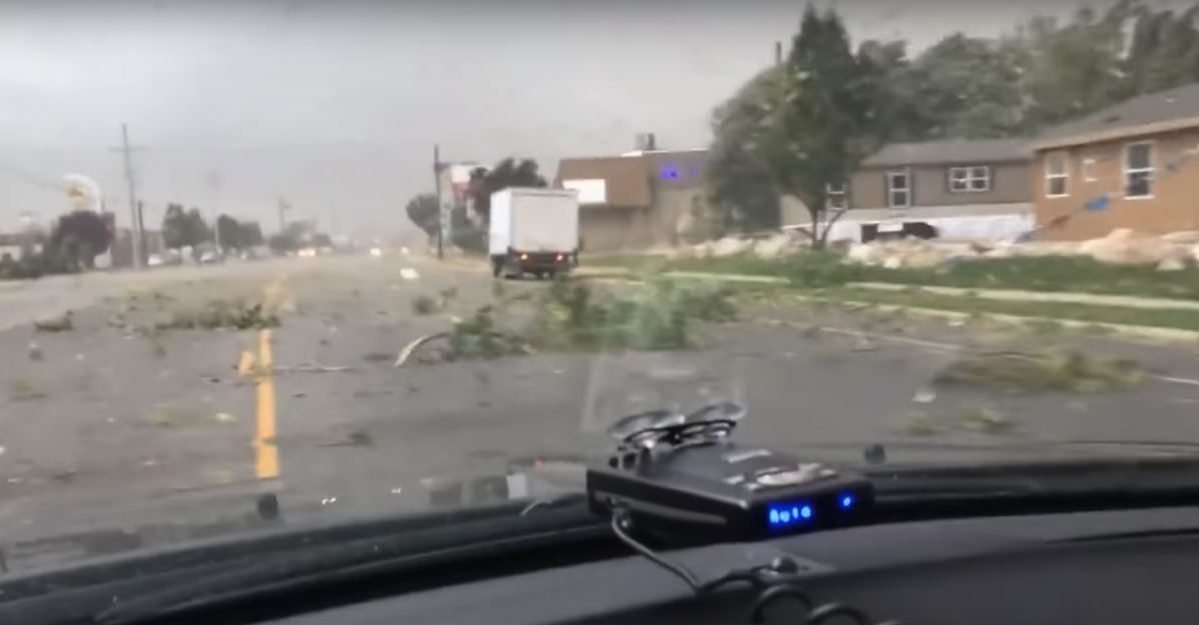 Back in September 2016, a massive tornado in Layton, Utah sent tons of debris flying across a busy road in the middle of the day. One commuter decided to record some of the craziness.

If you check out the below footage, it looks as though one building was completely destroyed by the force of the storm, which sent large portions of a room hurtling across the street into power lines and various other cars. Absolutely surreal stuff. If you’ve seen The Day After Tomorrow or other similar extreme weather/apocalyptic-type movies, this definitely seems like a scene ripped straight from the big screen.

Read More: Train vs. Tornado Video Is About as Intense as It Gets

James Stimpson, the driver who filmed part of the chaos as it was happening around him, briefly summed up his intense tornado experience, though I’m guessing words can’t really do the entire incident justice.

“I was driving home from work, and the weather was getting really windy and rainy. Out of nowhere, dark grey clouds rolled in and the tornado winds hit. Just beyond the blown heap of metal, you can see school children crowded behind an SUV with the crossing guard for safety. Fortunately, nobody was injured. It took a team of 5 guys to lift the giant pieces of heavy metal.”

Now, I don’t know too many people who’ve had to drive through a tornado, but I can’t imagine it makes for a fantastic drive. I mean, there are hectic commutes, and then there’s driving through high-speed winds with the power to uproot trees or send a telephone pole straight through your windshield. I’m guessing that James had to pour himself a stiff drink after he made it home from that absolute road nightmare.