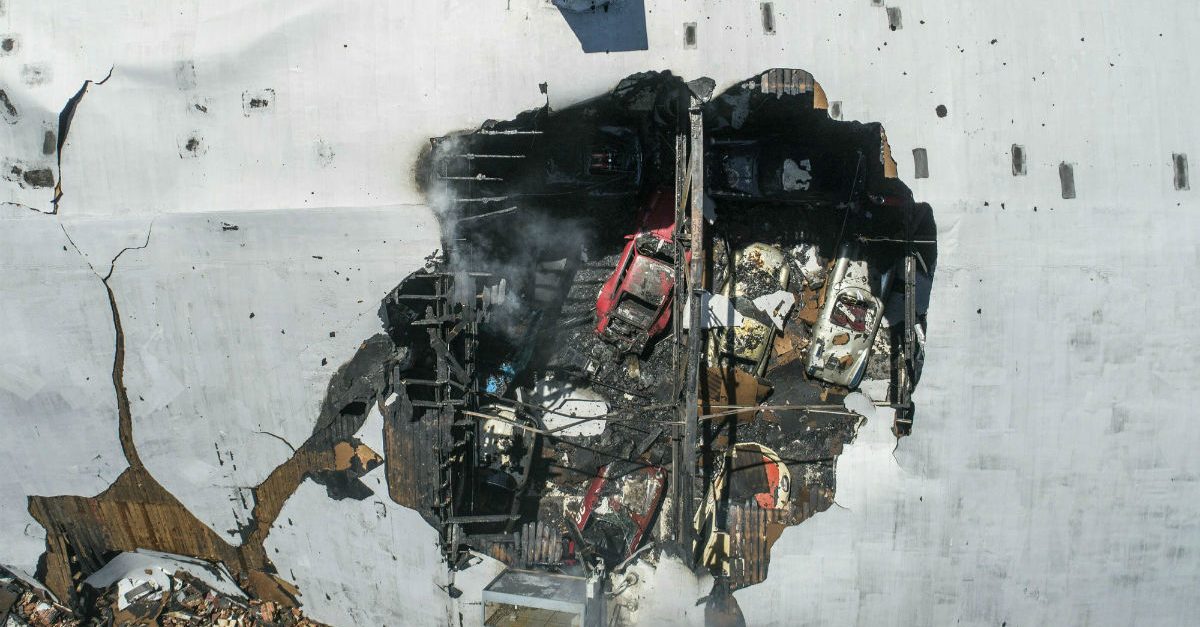 DURHAM, N.C. (AP) ? The gas explosion that killed one person and injured 25 others in North Carolina also damaged a building that houses a rarely seen but world famous collection of Porsches.

The Ingram Collection is housed next to the building in Durham that collapsed Wednesday. The structure that holds the German-made sports cars was extensively damaged. About half its roof collapsed.

Details on any damage to the collectible cars have not been released.

?There are Porsches and then there are Porsches,? he said. ?If it?s a significant car in the Porsche world, chances are they have one. They really enjoy a peerless reputation.?

Read More: Shiny Porsche Gets Pulled over in Germany for Endangering Other Drivers

For example, the collection includes a Gmünd coupe, an early model that separates the casual Porsche fan from a ?true believer.?

The Ingram Collection is not open to the public, Sass said. But Porsche enthusiasts such as Jerry Seinfeld, Jay Leno and others have visited, according to media reports.

The collection is owned by Robert Ingram, a general partner in a venture capital firm who previously served as the CEO of a major pharmaceutical company.

His son Rory manages the collection, according to a 2015 story on Porsche?s website. Another son, Cameron, owns Road Scholars, a company that restores vintage Porsches.

Robert Ingram did not respond to requests for comment. The Ingram Collection issued a statement on the Road Scholars Facebook page that focused on the loss of life and injuries, not the cars.

?Our thoughts and prayers go out to those families impacted by this disaster, and (we) wish a speedy recovery to those who were hurt,? the statement said.

More than a dozen low-profile sports cars were covered in tarps in the parking lot Thursday as workers moved around.

Workers occasionally pulled back the coverings, revealing at least four Porsches. Others had distinctive features peeking from under the tarps like red checkered racing design, bright red spokes, or the Porsche lettering.

Whether a classic car can be salvaged can depend on its rarity and value, said Katie Ellison, marketing manager for the National Corvette Museum in Kentucky.

That facility suffered its own disaster when a sinkhole swallowed eight cars in 2014. Three were restored and five were beyond repair, but all were put back on display.

?In our case, there was historical significance,? Ellison said. ?We had the one millionth Corvette, we had a prototype Corvette. So there were ones that were not replaceable. That?s why it was important for us, whether they were restored or kept as is, to keep them on display because it tells their story before and after the sinkhole.?

For a unique model, one has to consider how far to go in restoring it.

?At some point you?re replacing so much of the car it?s not original anymore and the value of the car drops significantly,? she said.

?The thrill for us in building the collection has been in the search for these cars,? he said in the video. ?And we realize that with almost no exception when we acquire a particularly older, historic Porsche that we are taking responsibility to take care of that car from someone who has invested a lot of time and care in that car.?