Rider who sued track after a horrible accident gets bad news 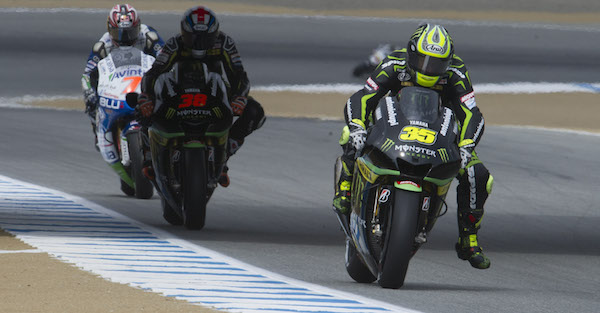 Motorcyclist Daniel Kim lost his lawsuit against Monterey County and the Sports Car Racing Association of the Monterey Peninsula and Mazda.

Kim filed a lawsuit after he suffered a crash at the track. He crashed at Turn 5 and claimed a group of unmarked sandbags were the cause of the crash. He sued the track for a “grossly negligent and reckless placement” of the sandbags.

According to the Camel Pine Cone, Monterey County Superior Court Judge Thomas W. Willis said there was no evidence that the sandbag placement was gross negligence, and he said the track wasn’t liable for Kim’s 2015 crash.

The track’s attorney, Andy Swartz, said Kim waived his right to sue the track because of the assumed risks of racing at high speeds.

“By expressly assuming the risk of high speed motorcycle racing, Kim essentially waived his right to sue SCRAMP, the county and Mazda for general negligence,” Swartz said. “Therefore, [Kim?s attorney] had to concoct a theory that SCRAMP was ‘grossly negligent.'”

There have been no other accidents related to the sandbags in the last 30 years at the track, and that likely didn’t help Kim’s argument. It’s unfortunate for him that the case didn’t go his way, but it would’ve been difficult to prove the track was guilty of causing the accident.