Cops find a woman passed out in her car with booze and pills. And that wasn’t the only thing. 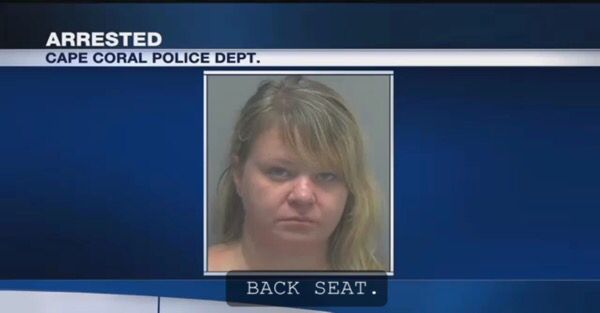 A woman in Cape Coral, Fla. was arrested Tuesday for driving under the influence, after an anonymous caller reported her slumped over the steering wheel of her car in a Dollar General parking lot.

What’s disturbing is what police say she had in the backseat: a small child.

According to  WBBH-TV, police in Cape Coral say they found 35-year-old Toni Eger behind the wheel of her vehicle, picking her head up off the steering wheel as they approached. According to arrest reports, as quoted by the TV station, Eger failed multiple sobriety tests and had a blood alcohol content level nearly double the legal limit.

Police also found a small bottle of vodka inside Eger’s purse that was nearly empty and three separate prescription drugs.

She has since been released from the local jail on bond.