Cops: 2 Florida men attempted to steal a utility pole, but it’s how that will leave you shaking your head 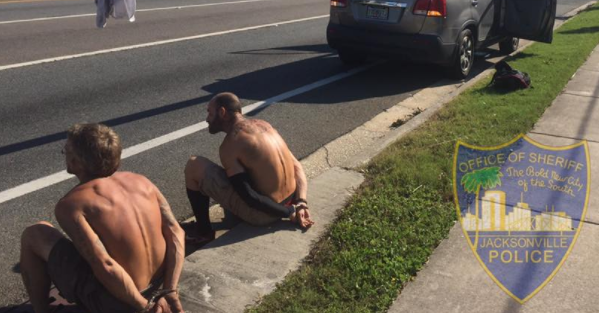 The sheriff’s office wrote on Facebook, “?These two were caught stealing a JEA pole just this morning!”

Related: A bunch of cars from VW?s stockpile of cheating diesels have been stolen

The Florida Times-Union reported that the pole would be worth about $2,500 at a scrapyard.

According to the report, police asked the men where the pole came from, and they claimed they were moving it because it was in the middle of the road. When asked why they didn’t simply roll it over, they didn’t have an answer.

Both men are facing charges of grand theft.