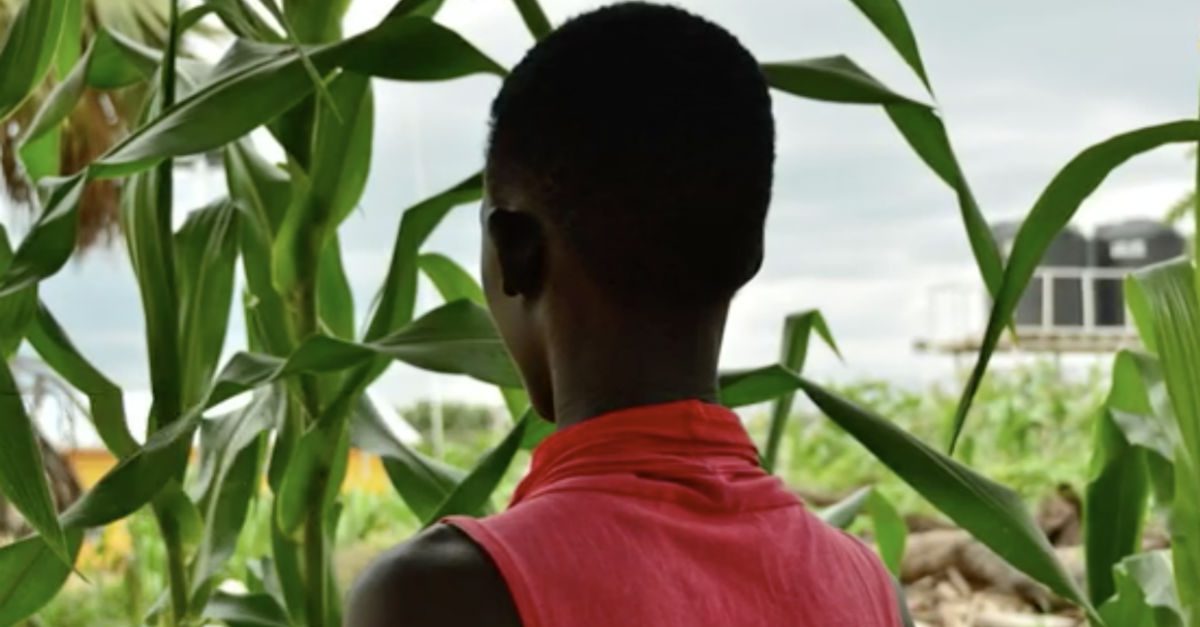 JUBA, South Sudan (AP) ? Five hundred cows, two luxury cars, $10,000, two bikes, a boat and a few cell phones made up the final price in a heated bidding war for a child bride in South Sudan that went viral after the auction was pointed out on Facebook. It is the largest dowry ever paid in the civil war-torn country, the government said.

The highest bidder was a man three times the 17-year-old?s age. At least four other men in Eastern Lakes state competed, said Philips Anyang Ngong, a human rights lawyer who tried to stop the bidding last month. Among the bidders was the state?s deputy governor.

?She has been reduced to a mere commodity,? Ngong told The Associated Press, calling it ?the biggest test of child abuse, trafficking and auctioning of a human being.? Everyone involved should be held accountable, he said.

Earlier this month, Nyalong became the man?s ninth wife. Photos posted on Facebook show her sitting beside the groom, wearing a lavish dress and staring despondently at the floor. The AP is using only her first name to protect her identity. The groom did not respond to requests for comment.

South Sudan has a deeply rooted cultural practice of paying dowries for brides, usually in the form of cows. It also has a long history of child marriage. Even though that practice is now illegal, 40 percent of girls still marry before age 18, according to the United Nations Population Fund. The practice ?threatens girls? lives? and limits prospects for their future, said Dr. Mary Otieno, the agency?s country representative.

The bidding war has caused local and international outrage. It took several days for Facebook to remove the post that first pointed out the auction, and after it was taken down other posts ?glorifying? the situation remained, George Otim, country director for Plan International South Sudan, told the AP.

?This barbaric use of technology is reminiscent of latter-day slave markets. That a girl could be sold for marriage on the world?s biggest social networking site in this day and age is beyond belief,? he said. The auction was discussed, not carried out, on the site.

?You can?t call it bidding as if it was an auction. It?s not bidding. If you see it with European eyes you?ll call it an auction,? government spokesman Ateny Wek Ateny told the AP. ?You have to see it with an African eye, as it?s a tradition that goes back thousands of years. There?s no word for it in English.?

Some local lawmakers and activists disagree. In a statement released this week, the National Alliance for Women Lawyers in South Sudan called upon officials to comply with the government?s plan to end child marriage by 2030. Ending the practice includes putting a stop to the auctioning of girls.

South Sudan?s anti-human trafficking chief called the case reminiscent of others he has seen across the country, in which girls are forced or tricked into marriage after being told they are going to live with relatives and go to school instead.

?It is clear that some human trafficking practices are hidden in our culture,? John Mading said.

In other cases, some girls who grow up in the South Sudanese diaspora are brought back to the country and forced to marry. The AP spoke with several people who know girls who arrived for what they thought was a vacation, only to have their passports taken away and forced into marriage by their families.

?Some families want children to marry in their countries and in their ethnic communities, but most do it if the kids are misbehaving,? said Esther Ikere Eluzai, undersecretary for South Sudan?s ministry of gender.