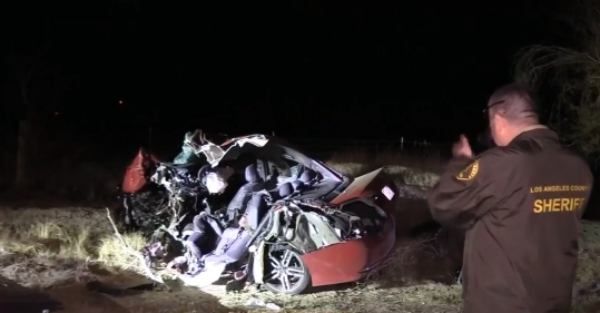 Cesar Diaz, an unbeaten super bantamweight prospect under Golden Boy Promotions, has tragically passed away at just 20 years old, according to a release.

His girlfriend remains in critical condition after the couple was involved in a single-car accident in Palmdale, California, Friday night, per the Boxing Scene.

Diaz was pronounced dead at the scene after he lost control of his vehicle, drifted into another lane and struck a tree. According to the report, the vehicle rolled onto the passenger’s side, ejecting the driver, Diaz.

He won his five of his seven bouts by knockout or technical knockout, Only one fight when to decision, which he won unanimously. He also won a fight by corner stoppage.

The 5’9″ Mexico-native appeared to have a promising boxing career ahead of himself. Our thoughts and prayers are with his and his girlfriend’s friends and family.