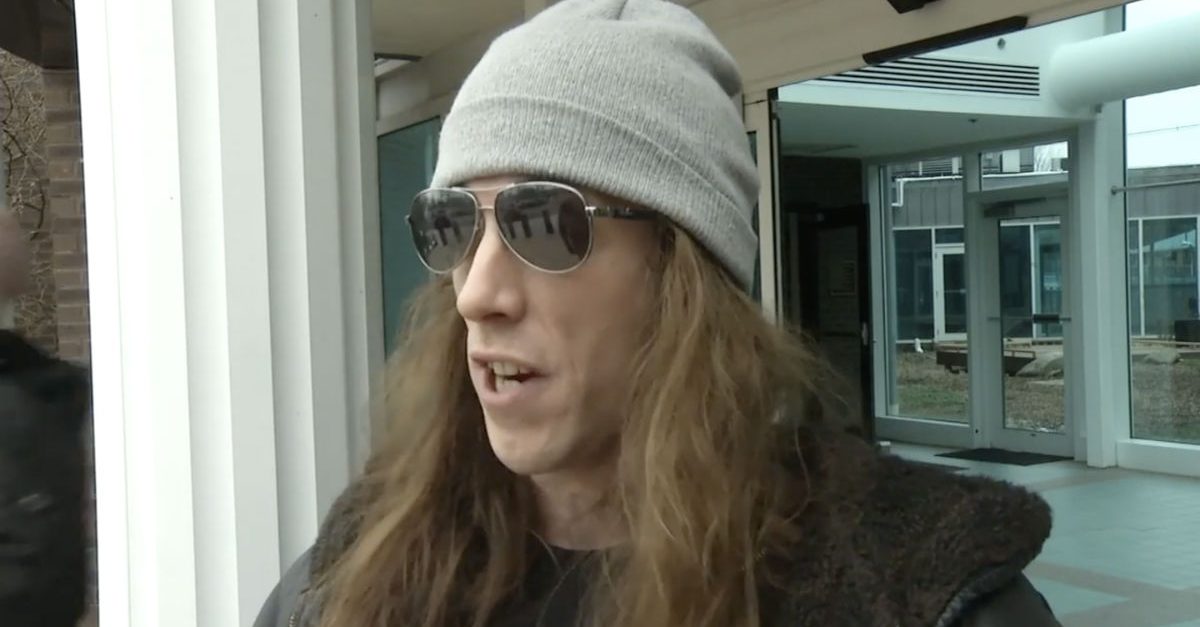 NEWARK, Del. (AP) ? A man’s nap in the back of his car in Delaware turned into a nightmare after the car he was sleeping in was stolen and crashed.

Musician Justin Koerner told the News Journal in Wilmington he had spent a night playing music with friends, went to sleep in his vehicle and had a dream.

“I had a weird dream that somebody sat on my head and that somebody jumped into the front seat of my car,” Koerner told the newspaper. “It was all very surreal.”

A Newark police statement says someone drove off in the car Sunday morning and bailed after seeing the man sleeping in the back. Police say the car crashed.

Koerner says he awoke and saw car treads on a lawn and a destroyed bush, then realized he hadn’t been dreaming. Neighbors confronted him, and suspicious police appeared ready to take him away before another officer said a neighbor had security camera footage that showed two men getting out of a white Suburban, jumping into his car, then bailing.

Police hadn’t released the footage, but Koerner says it saved him from having to prove his innocence.

“It was a ridiculous situation,” he said. “It was like the Shawshank Redemption of GTA.”