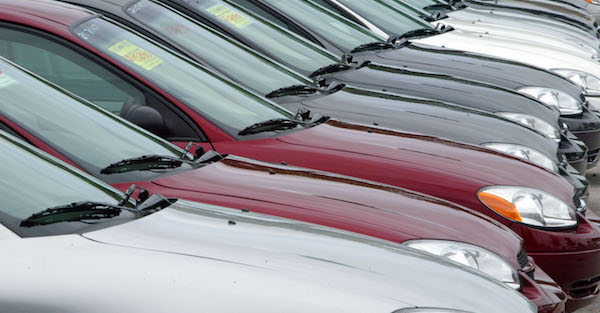 As Hurricane Irma threatens most of the state of Florida, the city of Hollywood, Florida decided to open three parking garages to the public for free so vehicles wouldn’t be flooded.

According to the Miami Herald, when residents went to park their cars in the garages, they found the garage filled with vehicles without license plates and with price tags on them.

A car dealer had taken advantage of the free parking garage and moved over 40 cars from the lot into the garage. Hollywood spokeswoman Raelin Storey voiced her displeasure to the Herald.

“The lot was designated for residents as a last resort for those who live on the beach and other areas subject to a storm surge ? not for a local car dealer,” Storey said.

Every vehicle from the car dealership was ticketed, according to Storey.

A similar incident occurred at Florida State University in Tallahassee. The school opened garages to residents across the city, and a local Infiniti dealer took advantage of the situation and moved some of its inventory there.

Hey @floridastate, I pay tuition here. If my car sustains damage, do I get a new infiniti? @FSUAlert@FSUParking

The school said it addressed the issue, and the vehicles were forced to move.

We has addressed the matter. The vehicles have been removed.

It was a smart and sneaky move by the dealerships, but it certainly wasn’t fair to residents who are trying to avoid flood damage. Hopefully all the residents who need protection for their cars could find a spot in the garages.