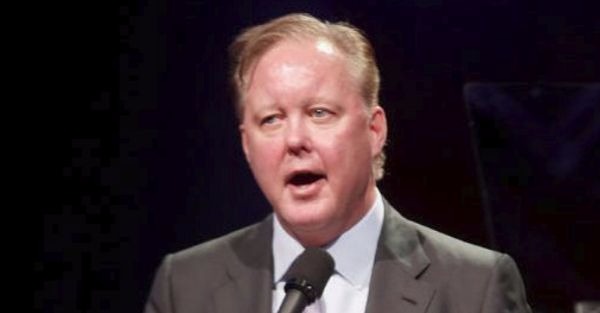 After introducing Truex at the Monster Energy NASCAR Cup Series Awards ceremony, which was recently held in Las Vegas, France handed over the ring to Truex and walked off stage without shaking the champion’s hand.

As you can see, a GIF of this interaction has already gained traction on social media and it’s obvious that Truex was surprised by France’s rush to get off stage. However, Truex  ultimately let it go as he delivered an emotional speech where he thanked his team, Dale Earnhardt Jr., and his girlfriend Sherry Pollex for all of their help and support over the years.

While Treux himself didn’t say anything on record about getting the cold shoulder from France, that didn’t stop numerous Twitter users from sharing their feelings about the awkward interaction between NASCAR’s newest champion and NASCAR’s polarizing CEO.

What was up with Bill France Jr. The horrible way he gave the ring to Martin Truex Jr. no hand shake, no respect, etc. Sherry didn’t even get a bracelet like others at past ceremonies.

Brian France couldn’t even acknowledge Truex in a respectful manner. No handshake. Must have bet his money on the 18.

Brian France purposely was awkward to Martin Truex Jr. knowing many people would see the GIF of him being awkward on social media channels

These are just a few of the Tweets coming from angry NASCAR fans.

It will be interesting to see if NASCAR issues any statement regarding the matter or if they’ll pretend it never happened. If you look up Truex’s “championship speech” on NASCAR’s official YouTube channel, then you’ll see that part has already been cut from their video.