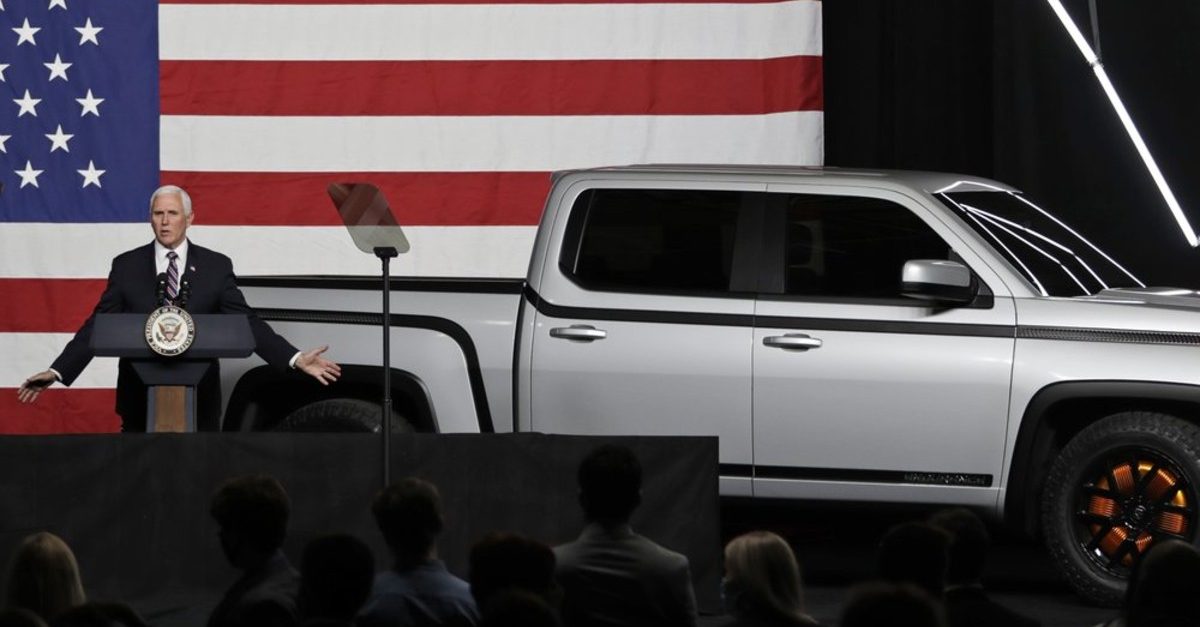 LORDSTOWN, Ohio (AP) — Vice President Mike Pence said Thursday that the nation’s economy is rebounding well from the coronavirus pandemic despite a surge in cases that is threatening the recovery.

Pence, taking part in the unveiling of a new electric pickup truck that will be built by a start-up company in Ohio, said that while there are growing outbreaks in the southern U.S., most states are seeing the number of cases stabilize or decline.

“We’re putting people back to work,” he said, citing declining unemployment claims and increases in job creation over the past month.

The government, though, reported Thursday that number of laid-off workers seeking unemployment aid barely fell last week, and the reopening of small businesses has leveled off. Reopening plans by some companies are being pulled back as measures indicate the virus is making a comeback.

Pence traveled to Ohio to tout the planned reopening of the former General Motors Lordstown assembly plant that closed in March 2019 near Youngstown. The plant, which had employed 4,500 people just a few years ago, is slated to begin making a new electric pickup truck next year.

Lordstown Motor Corp. said it will hire hundreds of people to build to the first line of Endurance pickup trucks, but its long-term plan is to add thousands of jobs.

The plant’s comeback is another sign that the nation is on its way back, Pence said.

Its fate has captured the attention of President Donald Trump during the past 18 months, notably because it sits in an area of Ohio that will be important to him in the 2020 election and is where he promised supporters at a rally that manufacturing jobs are coming back to the Midwest.

Pence credited Trump for pushing GM and state leaders to do everything they could to find another use for the assembly plant.

But Democrats said Trump failed to deliver when GM closed the plant.

“The people of Lordstown have watched the Trump administration fail them from day one. They don’t need a photo op, they need action,” said U.S. Sen. Sherrod Brown, an Ohio Democrat.

Ohio Republican Gov. Mike DeWine decided against attending the unveiling, saying he and first lady Fran DeWine have been avoiding crowds because of the coronavirus.