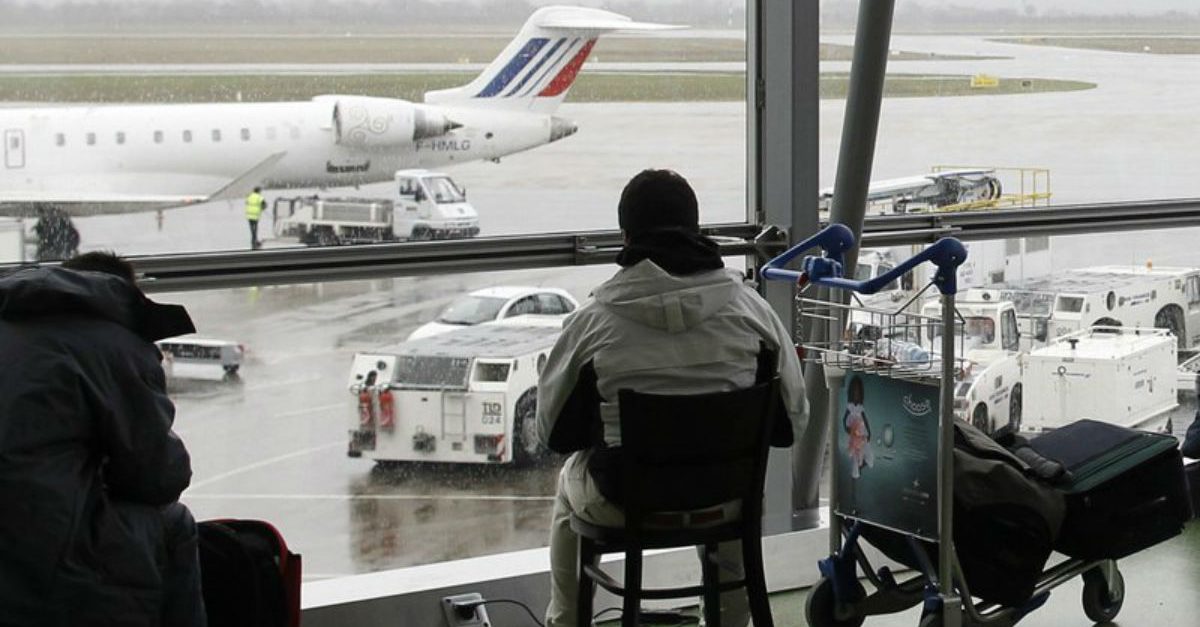 PARIS (AP) ? Pursued by police vehicles, a man smashed a stolen car Monday into security barriers at two airports in Lyon, southeast France, and then crashed through two glass doors of a terminal and sped onto the runway, before being arrested.

The dramatic car chase was captured on amateur video. It showed the car hitting a bump, going airborne and landing in a cloud of dust at Lyon?s international Saint-Exupery airport. The driver jumped out while the vehicle was still rolling and sprinted off on foot, pursued by a police van.

Other police vehicles and officers on foot then tried to cut off his escape until one of them managed to catch up with the suspect and wrestle him to the ground, the video showed.

The man?s motives were unknown and nothing was being ruled out, regional government press officer Christelle Monteagudo said.

Another official with direct knowledge of the investigation said there was no immediate evidence pointing to a terrorist motive. The official spoke on condition of anonymity because they weren?t authorized to publicly discuss the probe.

The man, aged 31 and believed to be French, was previously known to police only for traffic violations, in 2007 and 2009, the official said. The vehicle he used as a battering ram was stolen, the official added.

The man was first spotted driving the wrong way on the A43 highway that links Lyon to the Alps. Highway police and a police helicopter laid chase, the regional government said in a statement. Police fired shots during the pursuit, the official said.

The man then rammed into security barriers at Lyon?s Bron airport used for business flights, before driving to the nearby, larger Saint-Exupery airport, where flights were quickly suspended.

There, the man rammed through more security barriers. Still chased by police, he then crashed through two glass doors at the airport?s Terminal 1 to drive onto the runways.

All air traffic at the airport was halted. There were no casualties.

The Lyon prosecutors? office is investigating possible charges of attempted murder against the suspect.