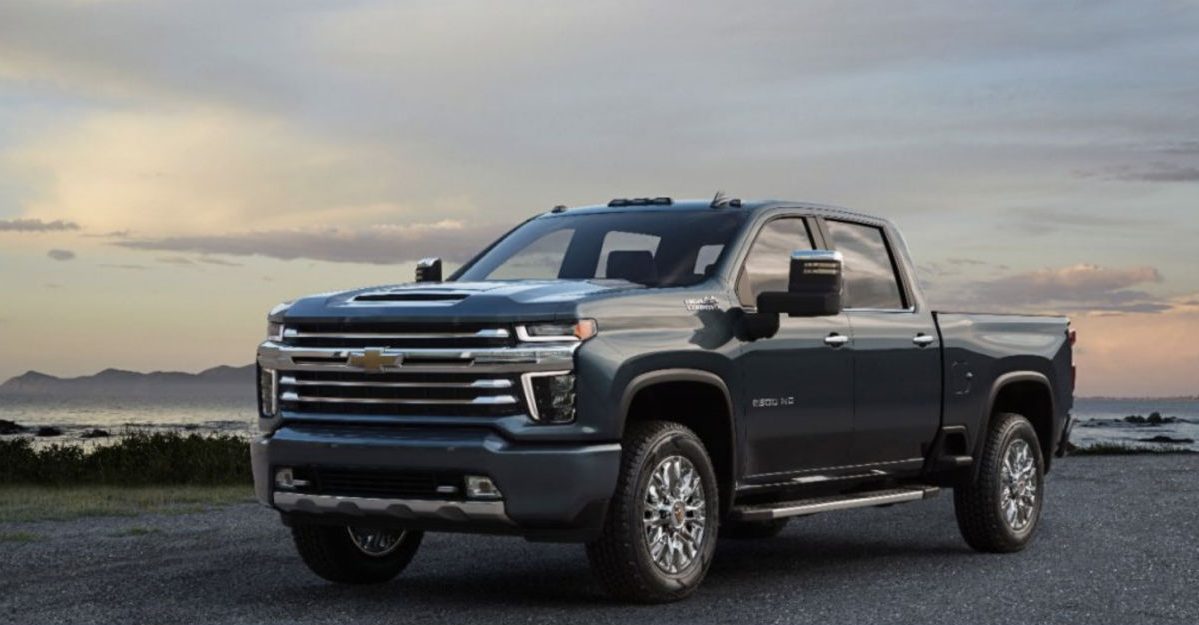 The 2020 Chevrolet Silverado HD truck became an instant internet sensation when a handful of official images were released earlier in the week. To put it kindly, the exterior styling is extremely distinctive and became the punch line for many critics, but will this matter to truck buyers when the truck goes on sale next summer? Not a chance!

First of all, truck owners are known for their brand loyalty, so don’t expect the Silverado HD’s face to scare away any diehard bowtie fans. True work truck buyers may even be wooed by the Silverado HD’s function-over-form design with the tall, squared-off face allowing for a massive opening to deliver lots of air to the radiator and various coolers tucked behind the grille.

Read More: 2020 Chevy Silverado Is a Certified Beast of a Heavy-Duty Truck

Speaking of what’s behind the grille, the 2020 Chevrolet Silverado HD will offer two engine options. The base engine will be an all-new direct-injected, gasoline V8 paired with a six-speed automatic, but the true allure of the Silverado HD is the available Duramax turbo-diesel engine and Allison automatic transmission.

Chevrolet has yet to reveal specifics about the Duramax including horsepower and tow ratings, but it does carry over the same 910 lb-ft of torque from the current truck. And, oh yeah, the Allison is all new, too, with 10 gears replacing the current six-speed automatic.

Chevrolet’s lead designer said that the styling of the 2020 Chevy Silverado HD is intended to “visually capture the power and capability of the truck? and that the “result is a truck that looks like a piece of heavy machinery with modern, chiseled finishes and customer-focused details.?

Most outlets have disagreed with this sentiment so far, but you can’t argue with the effectiveness of the design. The new Silverado HD shares only the roof with its light-duty, 2019 Silverado 1500 counterpart, allowing this truck to offer an extra three inches of legroom (on Crew Cab models) as well as a “taller, more comfortable seating position,” according to a press release. One of the coolest features of this design is the all-new integrated Bedstep, which is a step built into the bed in front of the rear wheels and is somewhat reminiscent of classic step-side beds.

So far, Chevrolet has not released any interior shots of the 2020 Chevrolet Silverado HD, but the cabin should offer a more familiar look to the Silverado 1500. The new Silverado HD goes on sale in “mid-2019,” and we will learn a lot more about this big beast at the upcoming 2019 North American International Auto Show in Detroit.