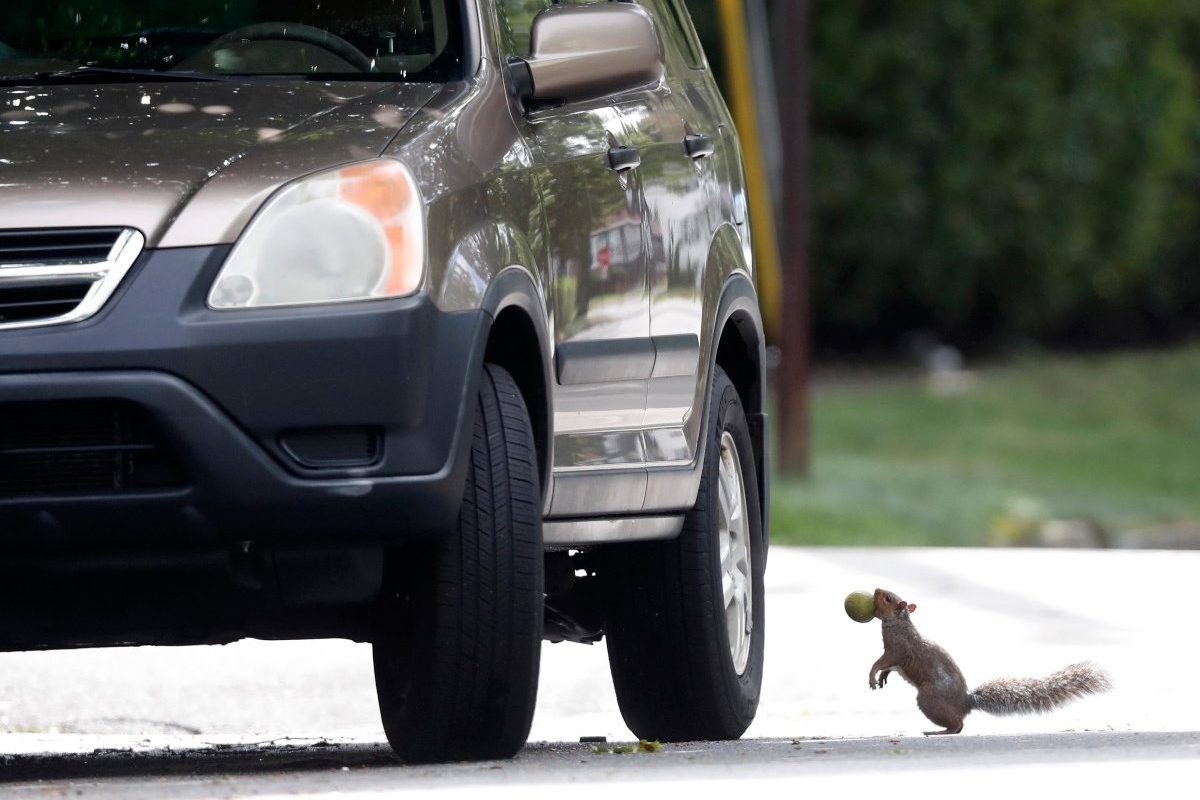 You know what auto mechanics say: If it smells like you car engine’s burning, there’s probably something wrong with your engine. Either that, or squirrels have been storing hundreds of walnuts in there for the winter.

Ok, so I made up that saying, but for one Pittsburgh couple, what seemed like a mechanical issue under the hood ended up being something way, way nuttier. On October 7, 2019, Chris Persic’s wife called him to say that the it smelled like her Kia SUV was burning and that it was making a weird sounds. When he told her to pop the hood, she sent him the below picture, showing the root cause of the smell and sounds: A bunch of grass and more than 200 walnuts completely covering the engine.

After the Persics took the car to the shop, mechanics found another “half a trashcan worth of walnuts” under the engine. These squirrels weren’t messing around with their nut storage! Speaking of squirrels and messing around, they really love messing with the Persic’s vehicles. When Chris Persic’s wife initially called him about her own SUV problems, he was actually at a dealership himself because his new truck started to shake when accelerating and the check engine light was on. According to Persic, “my truck may have had a squirrel chew through/pull out a fuel injector hose.”

At the center of the Persics’ problems is the black walnut outside of their house, which they plan on having removed.

?Funny thing is I was thinking that for how massive the tree is, and how many walnuts have fallen (and how many dents our vehicle received), there really aren?t many on the ground,” Persic told KDKA.

Sorry, Pittsburgh squirrels. Looks like you’ll have to find another SUV to store your nuts for the winter.

WATCH: Juliana Daniell: Who Is the Former Miss Supercross and Successful Fitness Model?