Here Are the 10 Greatest Motorcycles That Indian Ever Built 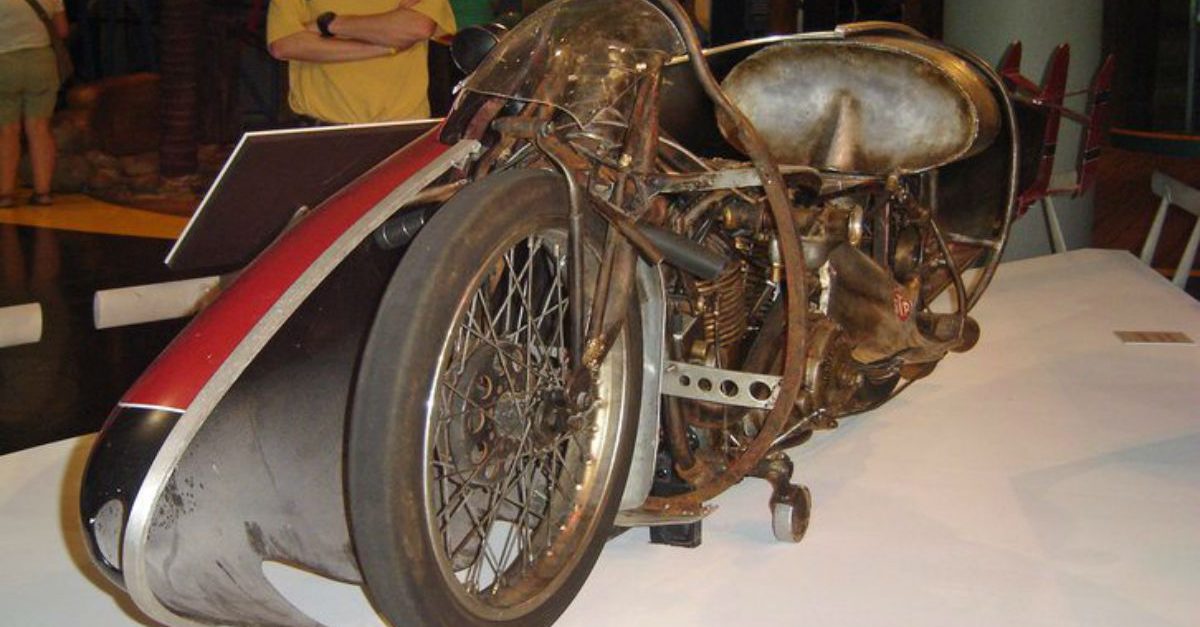 Indian Motorcycle is the first, and arguably the best, motorcycle manufacturer to come out of America. Known for its highly innovative, well-engineered, state-of-the-art bikes, Indian is a worthy adversary to any of its competitors, from Harley-Davidson to Triumph to BMW.

To see 10 of the best motorcycles that Indian ever built, just check out the video below.

Read More: A Stripped-Down Civic Found Its Worst Nightmare a Lane Over

It’s pretty incredible to see how Indian — now owned by Polaris Industries — has evolved over the years. The 1901 Indian is little more than a bicycle with an engine, while the Powerplus was the first Indian motorcycle to feature the legendary flathead engines that Indian became infamous for.

In 1920, Indian released the Scout, which is arguably the best Indian ever built. Burt Munro of Invercargill, New Zealand, set numerous land speed records on his modified Indian Scout motorcycle. In 1967, Munro set the record for the sub-1000cc class, at 190.07 MPH on his 950cc bike. This is the fastest speed ever recorded on an Indian motorcycle to date.

In 1922, Indian released the Chief, which was more of a cruiser than the sportier Scout, while the company released the Ace in 1927 — Indian’s first bike to feature a four-cylinder engine.

If you fast forward to today, Indian produces some of the best motorcycles on the road. The manufacturer’s cheapest option, the Scout Sixty, starts at just $8,999, making it a direct competitor to Harley-Davidson’s budget offerings.

Indian Motorcycle is an American icon. They have built and continue to create some of the very best bikes in existence. Now, if only folks were buying bikes as much as they used to.

Read More: Will Indian Motorcycles — the Motorcycle Brand Behind the Chief Vintage, Chieftain Dark Horse, and the Indian Springfield — Overtake Harley-Davidson in the United States?