These Thieves Stole Harley Motorcycles From a Dealership, and It All Looked Like a Hollywood-Style Heist 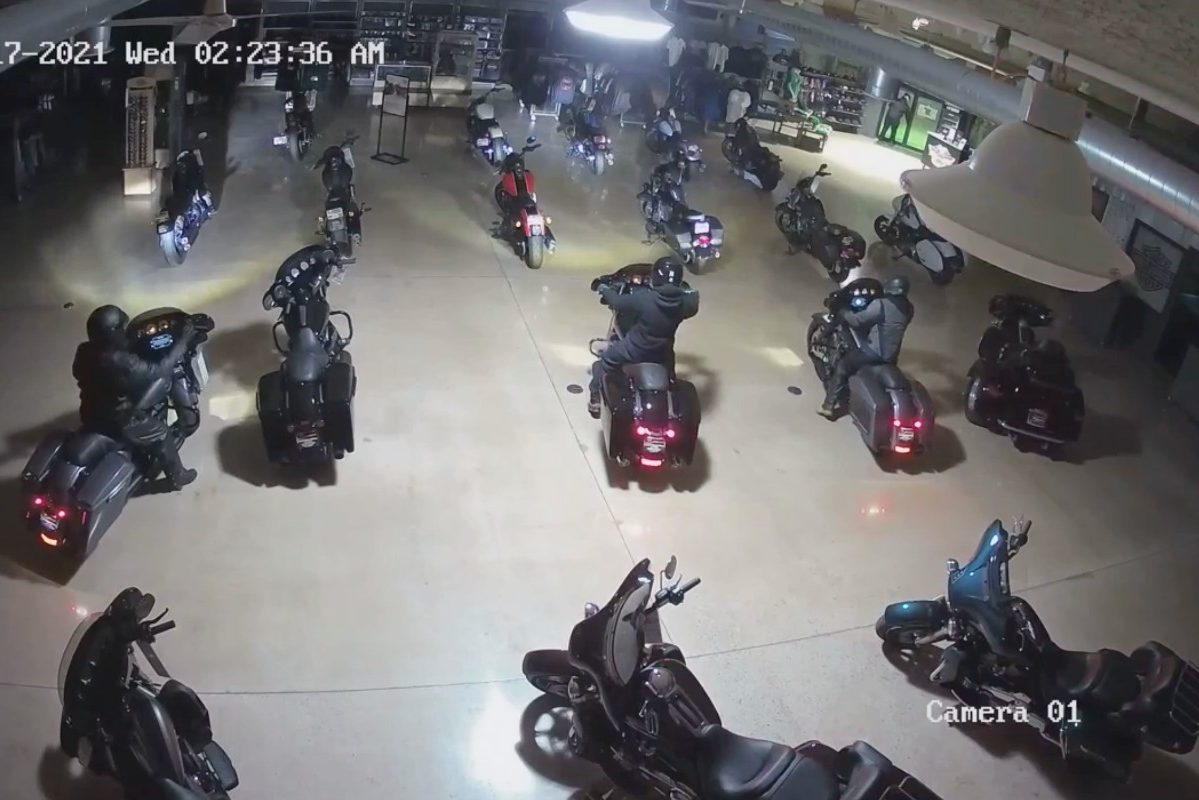 Ok, so it isn’t really the cast of Gone in 60 Seconds. At least, we don’t actually know that. These slick-as-snot thieves are dressed head to toe in blackout bike gear, which makes it impossible to identify them.

The entire heist takes less than a minute, so if you’re pressed for time and still make off with nearly $100,000 in goods, this is definitely the robbery for you.

The team of four enters the showroom floor and immediately mounts up. There’s none of those pointing, fumbling, stumbling shenanigans we see in the movies. Each thief walks up to their bike and gets settled in, except for the one burglar, who unlocks the automatic door at the end of the showroom floor.

Then, the door operator jogs back to their bike, hops on, and they all calmly and cooly weave through the other bikes on the floor to exit through the automatic door.

So, a couple of thoughts here: First, why didn’t they choose bikes closer to the door? Obviously, these are experienced connoisseurs who chose these bikes for a reason. Otherwise, who would bother with the delicate maneuvers around the parked bikes? And, about that — none of those bikes so much as wobble. You can’t help but admire their care. In fact, one bike burglar even flicks on the turn signal as they exit the building.

There’s one thing that’s kind of confusing, though. These bikes are designed to start via key fob or security code, so…how did they get the bikes up and out so quickly? Is it an inside job, or just Nicolas Cage-level motorcycle magic?