The Rotary engine is back 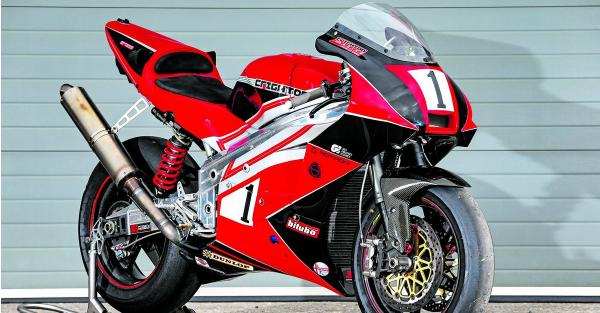 Wankel lovers rejoice! If you have been itching for a new Dorito-powered oil-burner since the last Mazda RX-8 went out of production in 2012, there is some good news and some bad.

The good news is that a 200 horse, 700cc twin rotor engine is in production and being put into a package that could be road legal very soon. The bad news is that there won’t be many of them, and they will only have two wheels.

Unfortunately, with Mazda dashing our hopes and dreams of a Wankel engine comeback in a successor to the RX-7, the motorcycle world is our only hope. Brian Crighton was the engineer behind the rotary powered BSB championship winning Norton RCW588, and, according to MotorcycleNews.com, is building another track weapon using the flawed rotary technology we all know and love.

Crighton believes he has achieved the durability these engines have lacked in the past by getting creative with cooling, a known issue in rotary engines, saying this about his water-cooled crankshaft:

?It also increases the lifespan. We?ve actually had an engine running non-stop for over 1000 hours, day and night. That?s the equivalent of flying around the world twice.?

He also played around with the material of the Apex seals, a curse word to Rotary enthusiasts, to help increase reliability and decrease oil consumption.

The result is a 200 horsepower bike that weighs only 300 pounds. For reference, that is around 75 lbs lighter than a Kawasaki Ninja 250R while producing power on par with the 250R’s much larger sibling: The 600 pound, 208 HP Ninja ZX-14R.

While that is comparing street bikes to a track only special at this point, Crighton plans on building a road going version. Even with some concessions to make it road legal, this bike looks to have an insane power to weight ratio. And that is what Rotary engines are all about.