Man Tries to Show Off With Motorcycle Burnout, But It All Goes Wrong When He Shifts to 3rd Gear 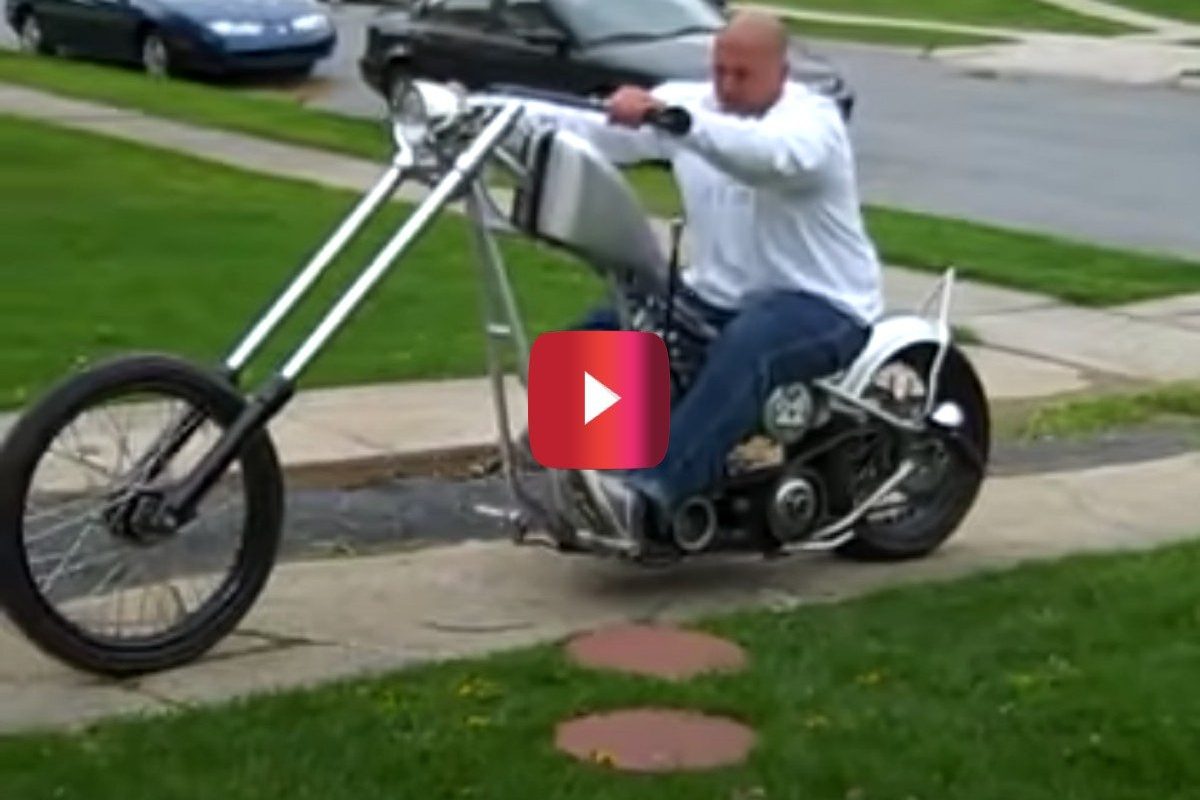 You know, we’ve all been in that position where we want to impress our significant other. When things go right, you can look like a badass, but if things go wrong, well, let’s just say it doesn’t make you look all that great. Unfortunately for this guy, his attempt at showing off doesn’t exactly go to plan. While it might not be his best moment, it sure does make for a hilarious video.

According to his video description, this rider had been talking up his burnouts to his lady friend, and he finally had the chance to show her one in person. It also appears that he asked her to film while he did the burnout, and after he crashes, her quote “Am I stopping it?” is enough to make you crack up.

So, let’s break this down. He kicks over the custom chopper and gets it fired up, pulls it out of the garage, and pops it into gear with his hand controlled shifter. He lines the front wheel of the bike against the wall of the garage, before getting on the gas. Once he gets on the gas, the rear wheel breaks loose, and he bumps it into second gear. At this point, things were looking pretty good, but it’s when he tried to shift into third gear that things go bad quickly.

As he is making the shift into third, his bike begins to move backwards, meaning his front wheel is no longer pinned on the wall. Once third gear finally grabs, the tire does as well, sending him flying inside the garage. Now, I’m not exactly sure what he hit when he flew forward, but it certainly didn’t sound good. Defeated, he tells his friend to cut the camera. Maybe he’ll have better luck next time, after he fixes his now broken bike.

READ MORE: Jesse James: Where Is the Motorcycle Customizer Today?