Even after winning the title, the newly crowned champ will “remember the mistakes” 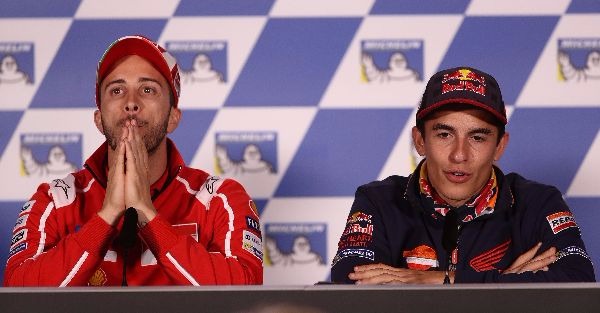 After winning his fourth (and second straight) championship, one might think Marc Marquez has it all figured out. However, not even a month removed from clinching the title, all he can think about is how to get better.

?After being a Champion, you feel like ?okay, now I will win everything?,? Marquez said per MotoGP.com. ?But it?s not like this. Maybe it?s also my character, because I know next year I will remember the mistakes from 2017 and I won?t remember the good things. This winter I will try to understand where I need to improve. And I know the first part of the season, the first six races, for me was a disaster and I made many mistakes.?

His 27 crashes are certainly among the mistakes he is obsessing over. He joked throughout the season about the crashes just being a part of the ‘Marquez Style,’ but knows that there is more to it than that.

?27 crashes are there because of something,” He said. “They?re not there because yes, it?s my style?they are there because I need to push over the limits to be there. Some of the crashes helped me a lot to finish races, because if I crashed in the practices I knew in the corner I needed to be careful, and I was trying to manage it in a different way.?

After admitting he overlooked Andrea Dovizioso at the beginning of last year before being pushed to the final race by the Ducati rider, Marques knows that he needs to stay focused and work on himself if he wants to keep winning.

Related: A racer’s mom told his opponent to take it easy on him