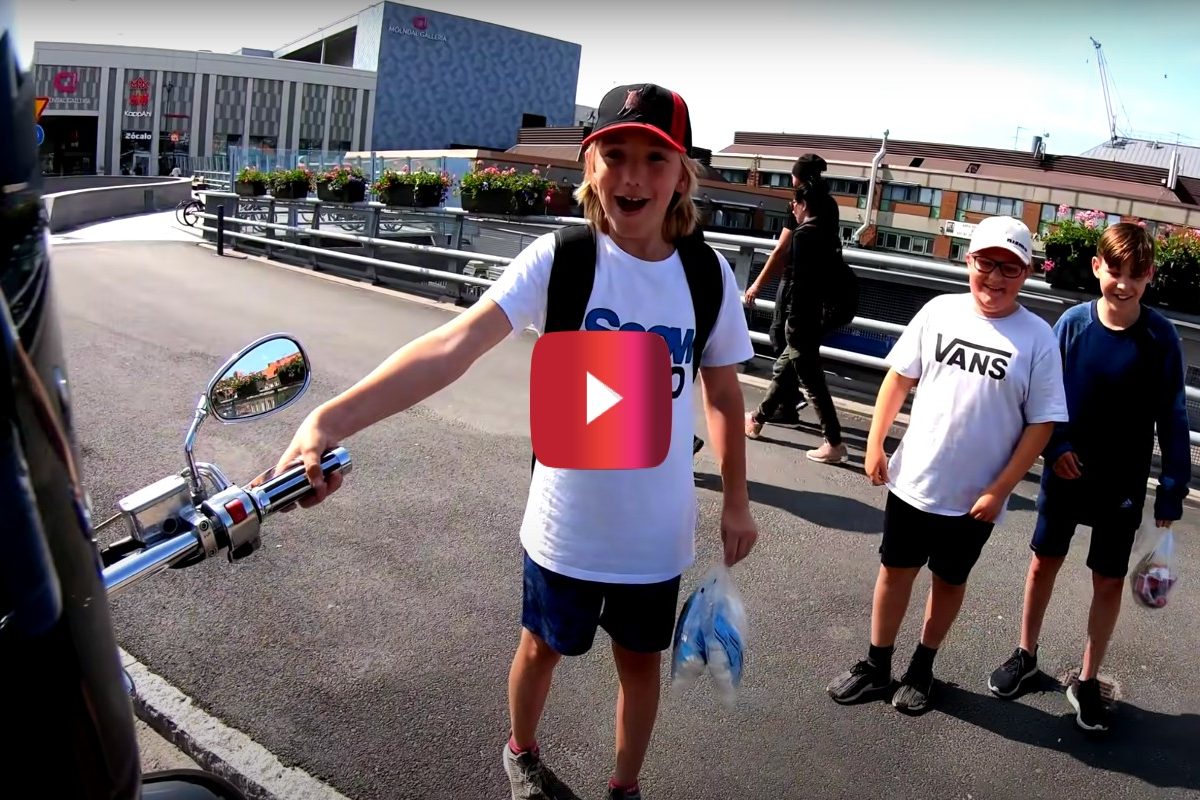 Kids love motorcycles. It’s just a fact. I mean, just look at the thumbnail of this video before you even watch it. That’s the face of pure excitement, and it’s likely the first time they’ve ever experienced the adrenaline that can be produced from twisting that throttle.

Think about it. Mostly everyone who rides has an experience from their younger years that made them fall in love with these two-wheeled machines. Once you feel the passion, it never really leaves you. This rider gives these kids a moment that they won’t forget, and judging from their happiness, he may have just recruited three future riders.

Now, it’s one thing to turn the throttle on a 250cc, but fear not, this guy has a 1700cc beast of a bike. It’s big, it’s bad, and it’s loud. So, when he see’s some kids on the sidewalk interested in the bike, he gestured for them to come over and points at his throttle. Without hesitation, the first kid steps up and cracks the throttle a few times. He and his friends are instantly overcome with excitement. Each of them eagerly waited for their turn, and they continued to be blown away with each and every rev of the engine.

The rider on the motorcycle goes by Dark Visor on YouTube, and he makes sure to hand off a business card to the kids before they left so they could check out the video once it was uploaded. Even as they walk away, their smiles and laughter never left their faces. Sometimes it’s the smallest things that have the biggest impact on people, so I applaud this rider for making these kids day. We need more people out there spreading positivity like this.

That, my friends, is exactly how you create a motorcycle enthusiast.