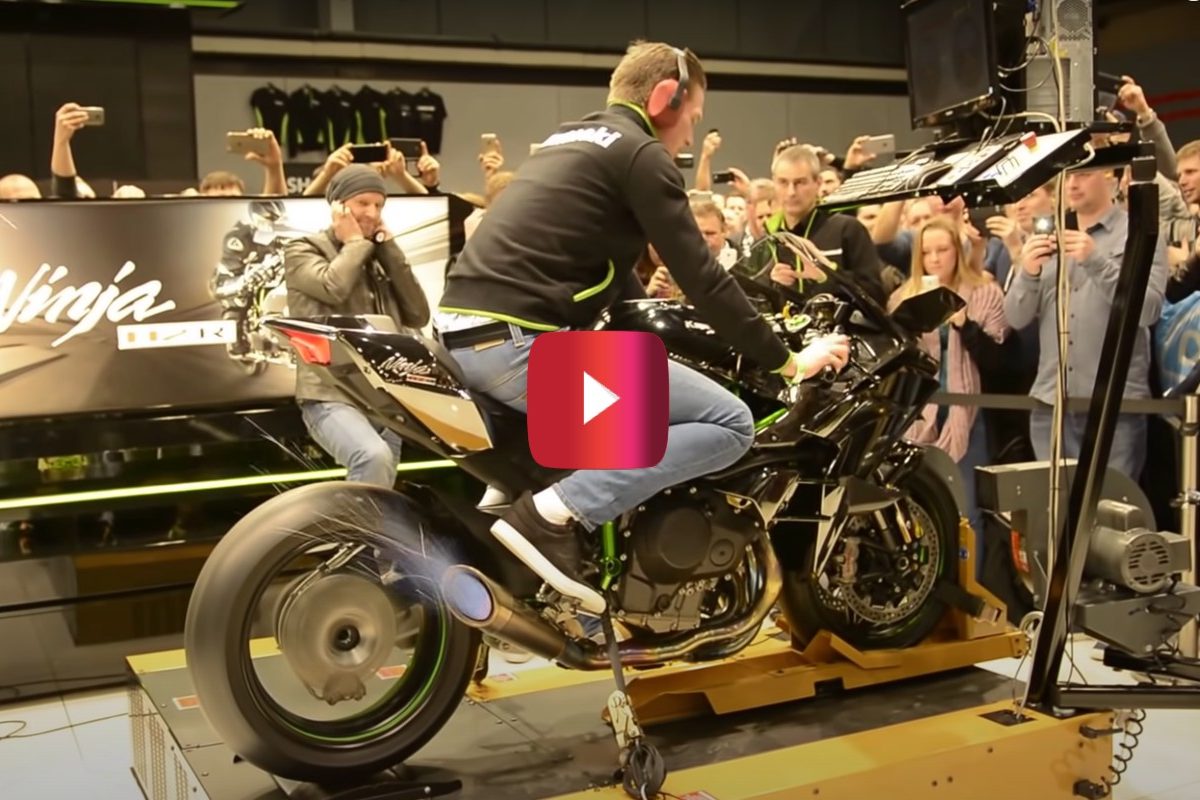 This video is for the folks who like to see and hear raw power.

There’s no wild action. There’s no weird mishap or breathtaking accident. It’s a guy, on a Kawasaki H2R, stationary on a dyno, hitting up so much horsepower that he starts throwing sparks.

The Kawasaki Ninja H2R is not street legal. If you so much as Google “Kawasaki H2R,” you’ll get results that start with “closed-course riding use only.” In fact, it’s classified as a “supercharged supersport” motorcycle, which is double the “supers” of most bikes.

If the next question is “Yes, where do I get one,” the answer is “not from Kawasaki directly.” The 2021 book is closed. However, you can still do some window shopping. The pictures of the H2R on the course are pretty rad, though distinctly lacking in flame-throwing capabilities.

Which brings us back to the video. We don’t know exactly how fast this bike was going, though some riders have commented that they’ve dynoed the H2R at much higher than the manufacturer’s maximum of 240 miles per hour. And, this guy can tell you that it’s definitely capable of more than 240. But, what’s the speed at which flames come out of your exhaust? Apparently much faster than fast.

So sit back, and appreciate the sound of these masterful shifts. Listen to the whine or raw power. Watch the sparks fly and think fondly of the last time you zoomed around a track. And, be thankful you weren?t standing as close as some of those audience members in the front row, breathing in those fumes and feeling those sparks.

READ MORE: Tom Cruise’s Obsession With Motorcycles Is Still Going Strong After All These Years