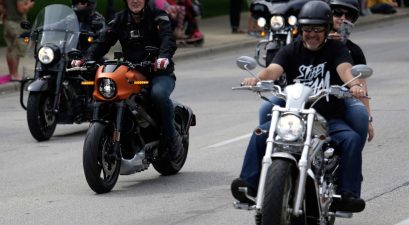 25 Awesome Motorcycle Quotes to Inspire You to Ride 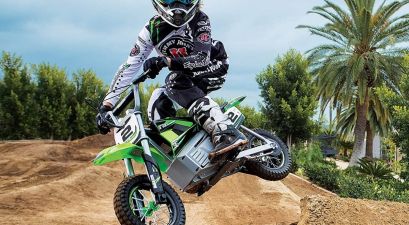 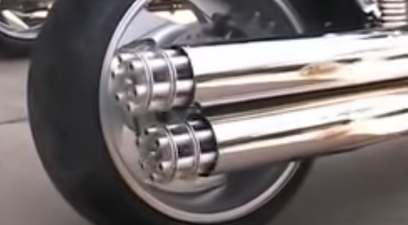 Making its debut at the 2012 Essen Motor Show in Essen, Germany (which is the German version of the annual SEMA auto show in Las Vegas), this Harley-Davidson limo-bike definitely got plenty of folks’ attention. Can you imagine seeing this Harley hybrid and not being blown away? I get that some people just aren’t easily impressed, but it’d be pretty much impossible to walk by this and not at least do a double or triple take.

This wild hybrid ride is like a reverse mullet: party (a 2012 Harley-Davidson motorcycle) in the front, business (an eight-person carriage) in the back. The nearly 30-foot long moto-limo weighs 1.75 tons and is powered by a 5.7-liter, 350-horsepower Chevy V8.

As you can imagine, this bike wasn’t built to ride down Route 66 with a couple of badass biker buddies. Nope, it was built to be the ultimate luxury vehicle. This Harley limo has it all: a bar, a flat-screen TV, an incredible sound system, air conditioning, tinted electric windows, and vertically opening doors. It also has a sort of rumble in the back, which allows two passengers to sit outside of the vehicle and get some fresh air. Yeah, they had me at “bar.”

You’ll see a lot of crazy, crazy things at auto shows. It’s just par for the course these days. Sure, this part motorcycle, part limousine is pretty out there, but it wasn’t the craziest vehicle to ever be invented and something even wilder is soon to come after it. And THAT is why we love auto shows. Well, that, and seeing the cars, trucks, motorcycles, etc. that we would actually want to drive.