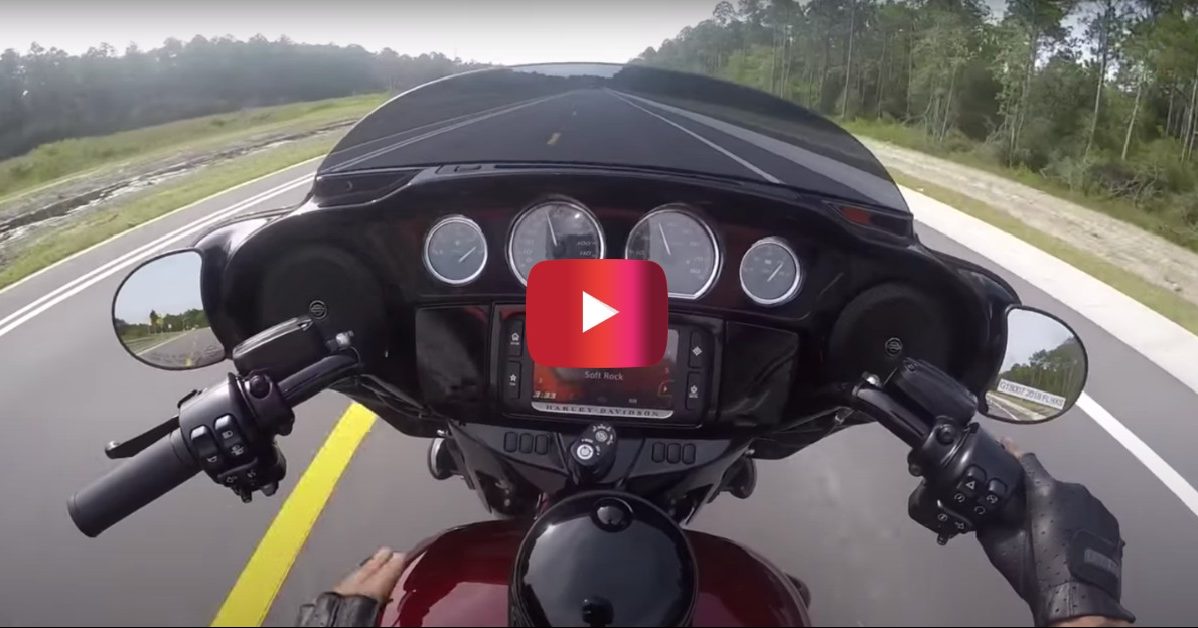 Harley-Davidson motorcycles has been around forever, and they’ve produced countless models of bikes for the public to choose from over the years. If you’re looking for a quality cruiser or touring bike, it’s hard to get a better bike than a Harley.

The numbers speak for themselves. If you see a pack of cruisers riding down the road, most, if not all of them, are likely to be Harleys. And, most of the owners of these bikes, wouldn’t trade them for anything else. If there is one that the company really hit the nail on the head with, it’s got to be the Harley-Davidson Street Glide. Let’s look at a couple different test ride videos, so you can get the full experience of how sweet this bike is.

The FLHX Street Glide and the Street Glide Special was a hot rod bagger style bike, which sported the unique batwing fairing on the front. The powertrain includes a Milwaukee-eight 107 cu in V-twin engine with port fuel injection paired with a six-speed transmission, and it produces massive amounts of torque. Good thing the braking is up to par with 4 piston calipers on both the front and rear brakes to slow you down just as well as it speeds up. Originally introduced in 2006, the Harley Street Glide is still being produced today and is one of Harley’s best selling motorcycles of all time. It comes outfitted with ABS standard, and had tons of options like the saddlebags, security system, cruise control, GPS, and plenty of speakers with a crazy sound system all controlled by the touch screen Boom box GTS infotainment system above the handlebars.

When introduced, the Street Glide was mechanically similar to the Electra Glide, but had minor changes like the chopped down windscreen, no front fender trim, and air adjustable rear suspension. Optional colors include Vivid black, black denim, Midnight blue, Barracuda silver, and Stilletto Red. If you’re looking at purchasing a new Harley-Davidson Street Glide from the dealership, the 2020 model will run you about $23,000. But let’s check out how it rides in some test ride videos.

This guy does a great job at providing insight, as he states how he made the transition from a bigger Road Glide to the Street Glide. He touches on topics such as the seat height, the styling differences for different sized riders, and provides some awesome POV riding from the cockpit of the machine. Overall, he seems pretty happy with the bike.

This video features a test ride on a beautiful 2020 Street Glide CVO. The paint scheme on this one in particular is absolutely beautiful, but then again, I’m a sucker for the gray colors. As shown in the video, just about anyone with a motorcycle endorsement can go to a Harley dealer and take one for a spin. He provides information about the equipment available on the CVO models and dives in deeper to talk about the safety features included, which aid riders with a feeling of complete control of their bike.

Lastly, we look at this rider riding his FLHXS model. Not only is the Street Glide a great cruiser, but it handles surprisingly well on the backroads as well. You’d be surprised how much lean angle you can get on one of these big bikes. Along with some cool riding, he also showcases the sound system throughout the video as well.

Well, are you sold yet? Honestly, it’s a pretty sweet bike, and if this looks like a bike you’d enjoy, iId definitely recommend going to a dealer and setting up a test ride. I think a personal ride on the bike will tell you just about everything you’ll need to know about it. I’m impressed with all the comforts and assistance that this bike includes with it. Summer is right around the corner, which means there is plenty of riding to do. So, why not check out one of Harley’s most popular models and see what the hype is all about?