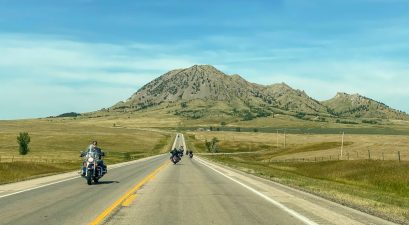 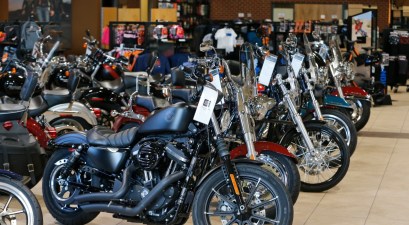 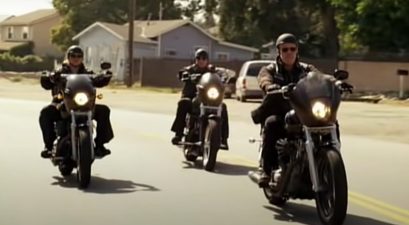 After 61-year-old Jon Stanley was diagnosed with terminal lung and brain cancer back in 2017, he had one dying wish: To hear the roar of a motorcycle one last time. Sadly, a final ride for the longtime Harley-Davidson rider from South Bend, Indiana was out of the question. He was too sick to move and he needed a respirator to breath.

Despite his brother-in-law’s condition, Michael Smith was determined to have Jon’s wish fulfilled. So, he reached out to local biker David Thompson, who put the word out on his Facebook page.

Read More: This Driver Cuts off Motorcycle-Riding Veterans and Gets an Immediate Taste of Justice

The response that Thompson got back was incredible. In only six hours, he managed to wrangle up 200 people and 100 motorcycles. On June 12, 2017, the massive group gathered outside of Jon’s house and revved their engines while Jon lay in his bed.

To give him the best experience possible, Jon’s family moved him from his bed and into the sidecar of one of the motorcycles, so that he could actually feel those precious vibrations.

“You could tell he enjoyed the feeling of that one last rumble,” biker Pat Schoff Gragg told Inside Edition.

“He was holding on.”

According to Thompson, the experience was unlike any other.

“You could just feel the vibrations,” Thompson said. “He knew we were out there. He raised his arm up.”

For Jon’s wife, daughter, and granddaughter, seeing him in his happiest place brought some much-needed joy to the otherwise heartbreaking situation.

“He got to get on a bike one last time, and that was great,” said Jon’s daughter, Kristy Stewart.

“Knowing that all this happened for one man. All he ever wanted was him and his wife on that Harley,” Jon’s granddaughter, Liliana Ramirez, said.

With his final wish fulfilled, Jon Stanley passed away in Brenda’s arms a couple hours later. You couldn’t write a movie more touching than that.