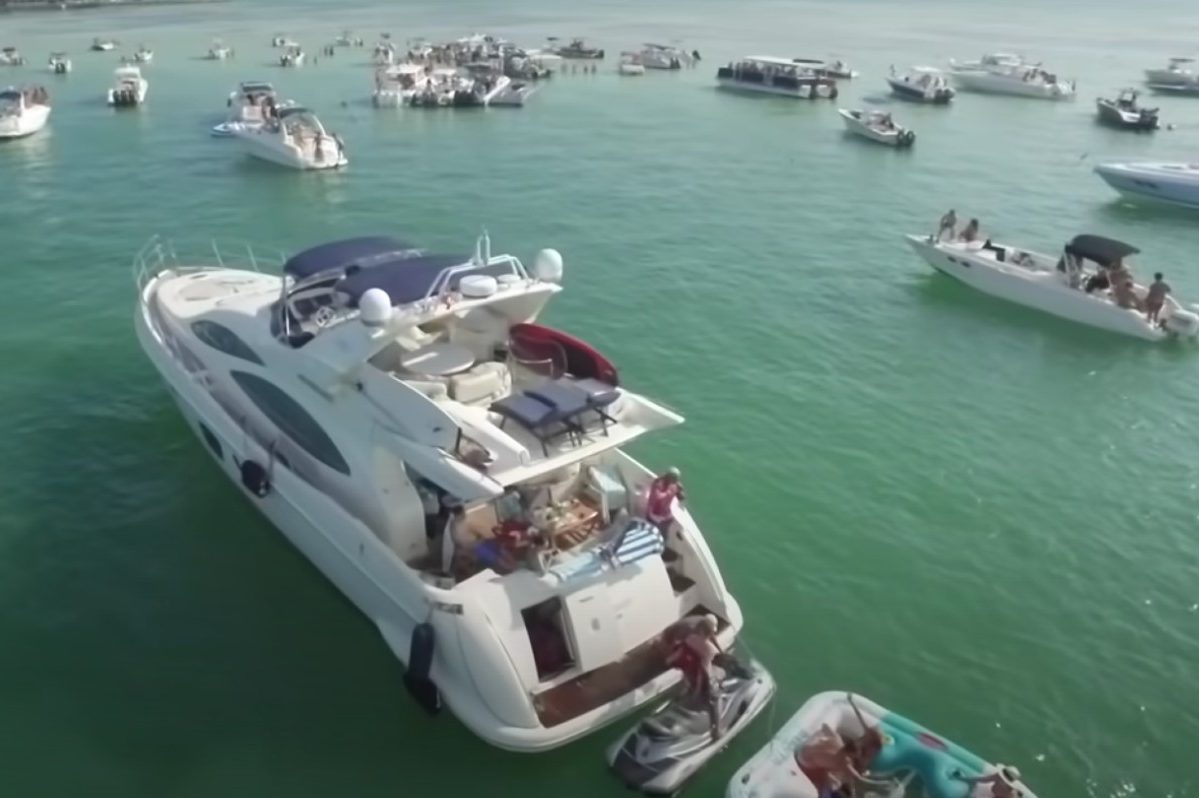 Miami is home to many of America’s richest residents. The warm weather and fast, flashy lifestyle attracts many of the country’s elite, much like Los Angeles. Miami has an abundance of cool vehicles, thanks to its affluent residents. The car scene is crazy, but the luxury boat scene might just be even crazier.

When you’re rich in Miami, you get a boat. Why? Lakes and oceans offer a certain freedom that land-bound vehicles don’t. For one, bodies of water are much less crowded. There are also much fewer authorities than on the road. As with cars, there’s always a competition to have the most tricked-out ride. The competition between the wealthy to have the nicest luxury boat has created quite the spectacle down in Florida. Check out the Miami boat scene more in depth, courtesy of the below video from Vice.

The Offshore Powerboat Capital of the World

Offshore powerboats can cost millions of dollars. They are built for performance and used to race in Miami. They are also great for wild parties. Since the weather in Miami is usually so nice, folks are on the water year-round.

Just like on the road, people want the fastest vehicles possible on the water. This pursuit of achieving high speed has led to the popularization of engines with huge amounts of horsepower. Miami is the “mecca” of powerboating because of powerboating’s unique origins. Many drug dealers and smugglers would use the Miami waterways in the ’80s to get drugs into the country for distribution, so they needed vehicles that could clear distance as fast as possible. The boats had to be quick and agile to help the smugglers avoid authorities.

The popular television show Miami Vice showed viewers, both across the country and around the world, the type of lifestyle the city had to offer. It was hot, it was fast, and it was full of illegal activity. The elite began to look at Miami as their own personal playground, a city that fully enabled and supported the most lavish lifestyles.

This influx of cash from the rich encouraged boat builders to become even more innovative and spend exorbitant sums of money on the performance aspect of boating. Some powerboats can reach speeds close to 160 MPH. The custom boat industry in Miami is booming, and the minds behind it only see it getting bigger, better, and more expensive.