The “Real People” ads are back and funnier than ever 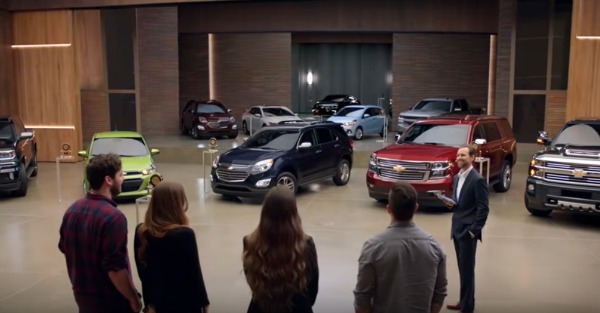 Chevy keeps releasing these ads. They are the “Real people not actors” ads which actually just means everyone in it is acting weird and dumb as possible. This time Chevy is trying to impress the “regular” people with JD power awards and an infinite garage full of  award winning cars.

Of course the geniuses Chevy found are all over the moon about the presentation but this time, an actual real life person is added to the mix to show how a normal person would react. He says what we all think during these ads,

“I have no idea what initial quality means, initially its ok but after that it’s a piece of crap?”

“Ok, I just googled it, and it’s pretty much a made up award. Initial quality is for like the first 90 days.”

“Did you guys rent out this whole building out just to show off all the cars you couldn’t sell?”

Now that is how real people would react to these ads.