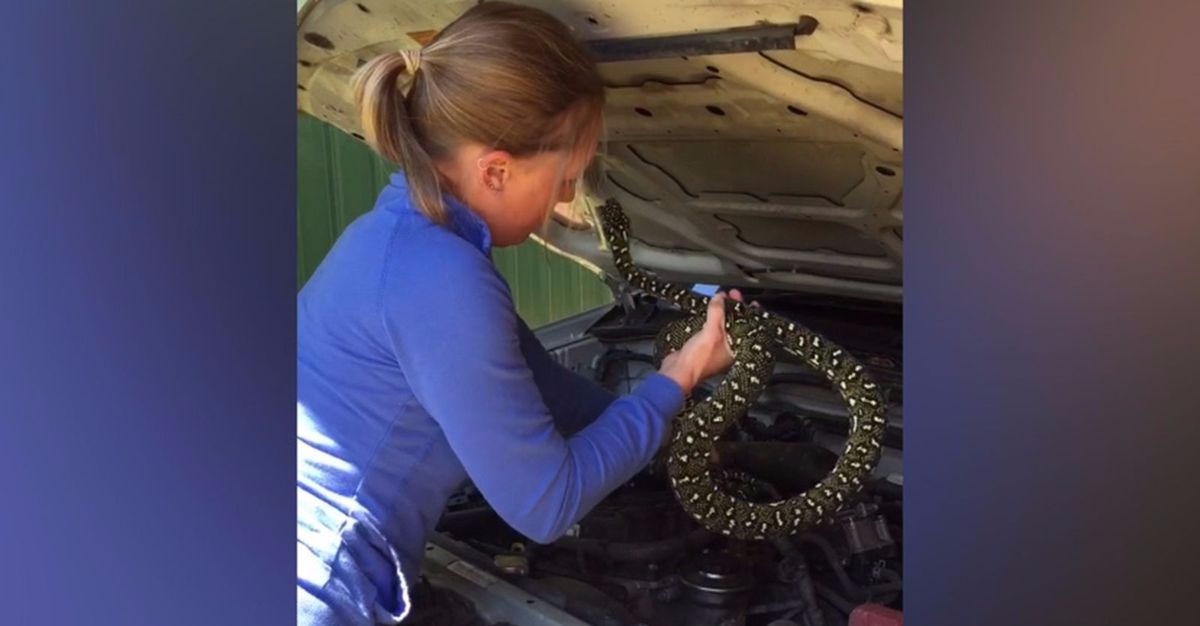 If you ever find yourself having car trouble in New South Wales, Australia, don’t be a hero. Sure, you can fix anything, and it is probably just a dead battery, but as one family found out, it could be something much, much worse.

That’s what happened to Rebecca Pascall, her three year old child and their dog, according to 9News. When their car wouldn’t start, Rebecca called for assistance. It’s a good thing she did, but not for the Patrolman who answered the call. This is what greeted him when he popped the hood:

Quite the sssurprise for our Sussex Inlet Patrol today when checking on a flat battery! 🐍 🏃 pic.twitter.com/5PshyLKOqw

Nope. Burn it down. That car belongs to the snake now!

No one was hurt as the snake was apparently stuck and was removed and released by a snake handler without incident.