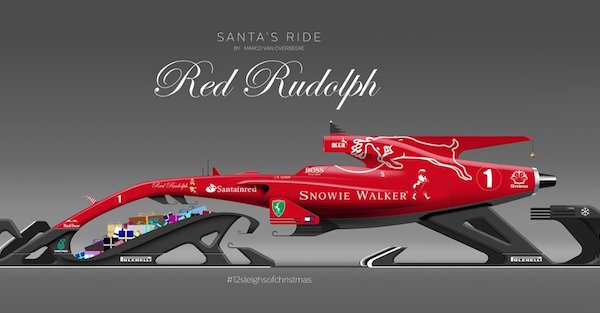 It’s the crimson blur streaking across the dark December sky, it’s the fastest thing on 32 legs and two skis, it’s Santa’s sleigh, and it’s the subject of Donut’s Christmas Up To Speed.

Santa wasn’t always behind the reins of his big, jolly rig. St. Nick used to just ride a horse, granted that horse had eight legs, but according to the dedicated and qualified researchers at Donut, he gave up on old eight-legged Sleipnir as the world’s population boomed.

Now tasked with traveling across continents, Santa built his current rig, continuing to add modifications as the years went on, looking at you, Rudolph! Santa now uses wormholes and a blistering speed to make sure he’s able to bring joy to all the children of the world. It’s truly a fascinating evolution in transportation solutions.