Watch this Porsche driver who is literally in too deep 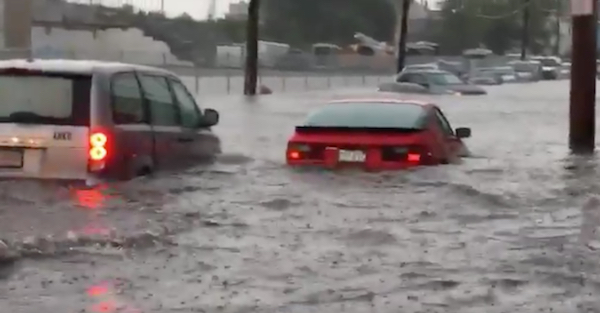 Cars are still trying to travel on flooded roads in #Lynn. #NBCBoston pic.twitter.com/vBycimQK0s

So much so, as you can see above, the roads in the North Shore region of the state aren’t really passable at this point. But that won’t stop some of the state’s more determined residents from trying to cross any obstacle in their path with a woefully ill-equipped vehicle.

Take this Porsche 944 as an example. Where did the driver go wrong? Did he/she realize his/her mistake and decide to commit, or was it blissful ignorance that flooded their engine with rain water? We may never know.