This driver may be great on the track, but he’s lousy at Christmas quotes 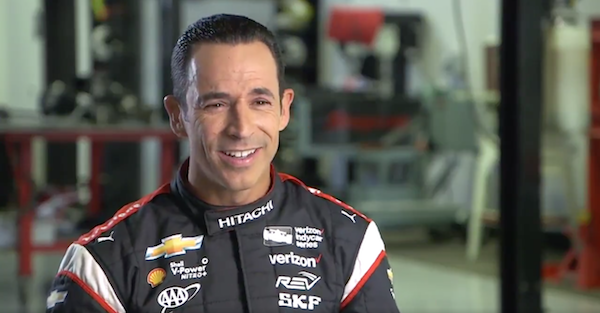 Helio Castroneves has been one of the top drivers in the IndyCar Series since he started racing in 2001, and the Brazilian racer has won the Indy 500 three different times.

Castroneves might be dominant on the track, but a recent video from Team Penske proved the 42-year-old is terrible at identifying quotes from famous Christmas movies.

.@h3lio might not be great at Christmas movie quote trivia but this sure is fun to watch. 🎄 pic.twitter.com/18YDl8h5sD

Related: Dale Earnhardt Jr. had a Christmas tweet that everyone can relate to

The first quote was “keep the change you filthy animal,” and you could tell Castroneves knew the answer but couldn’t remember that it was in fact Home Alone.

Next was “Now I have a machine gun. Ho-ho-ho.” from John McClane in Die Hard (technically Hans Gruber says the words, but McClane wrote them out). Castroneves didn’t know that one, so he fell to 0-2 on the quote.

Now we know what Castroneves will have for homework next year during Christmas.