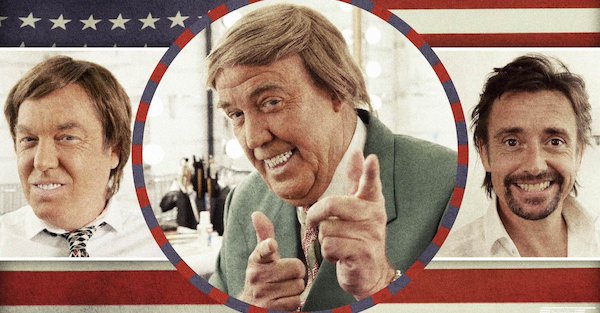 The Grand Tour is a lot of things. It’s bold, funny and incredibly expensive, but have you been missing a certain American je ne sais quoi from the production?

If the trio’s latest spot is any indication, Amazon owner Jeff Bezos certainly has. Jeremy Clarkson starts the ad for the second season of his show with James May and Richard Hammond by reading an email, allegedly sent by Bezos, it laments their lack of American-ness.

Clarkson points out the British traits of poor dental care, terrible hair, rotund frame, etc. that identify them as clearly being English (according to the video at least; Idris Elba and Emilia Clarke are proof to the contrary).

So, armed with a makeup truck, the three embark on a foundation and wig filled journey of discovery. The results are slightly terrifying and probably more than a little political, so it’s doubtful that Bezos will be sending many more requests to the team, allegedly.