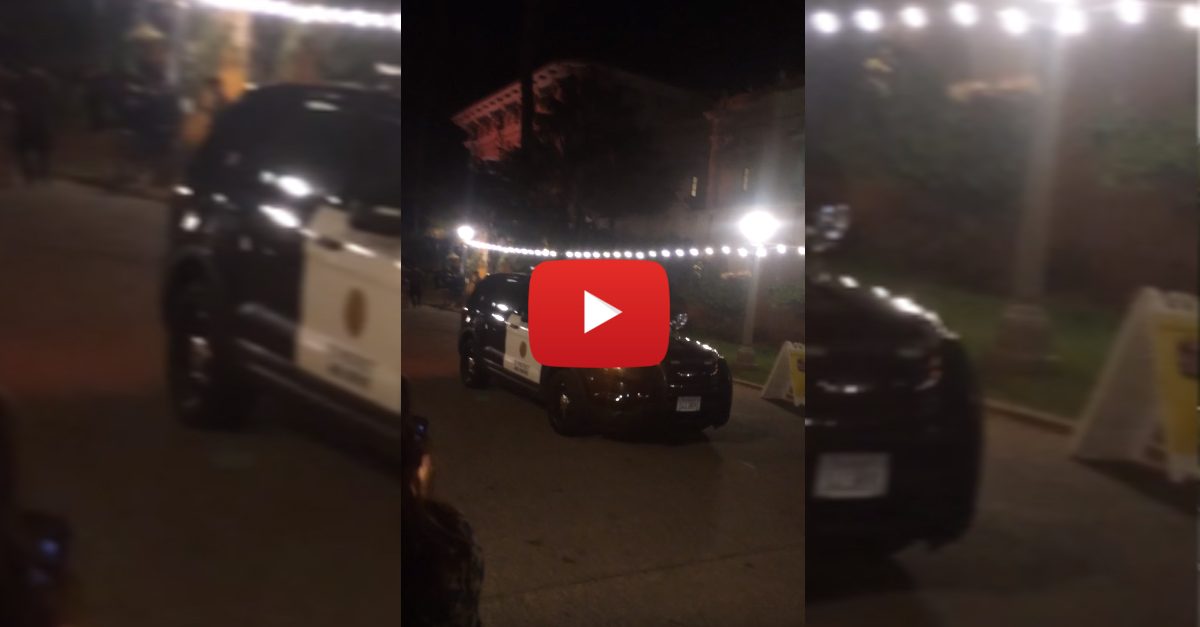 We’re probably nearing peak Pokemon GO, but the pervasiveness of the app is impossible to ignore. People have been shot at for wandering through strangers yards, people have crashed cars while driving and playing, but ultimately, most people are enjoying the app and the exercise they’re getting surprisingly well. This San Diego police officer is having fun with the throngs of people playing around Balboa Park by blasting the Pokemon cartoon show’s theme song as they roll by. They get it.