A photographer really did catch a face-full of spoiler

Chevy vs. Toyota Tug of War: Place Your Bets on the Winner

Sometimes life just hands you a sack of lemons and tells you to get over yourself. Sometimes you get punched in the face by a 350Z and go down like Cornelius Bundrage. Photographer Sean O’Keefe got the latter.

Car photographers are renowned for their enormous, um, “courage.” They’re constantly standing too close to the track, leaning over railings, and just generally endangering their well being. They are the unsung heroes of automotive racing. Sometimes it’s worth a close call to capture that perfect shot.

I’m not entirely sure what shot O’Keefe was going for when he thought to stick his noggin in front of an oncoming car, but I hope he nailed it.

We can all laugh at O’Keefe now, due to his not being dead or mortally wounded and all, but maybe he should keep the Disney rule in mind for his next race. Hands and feet behind the wall at all times. 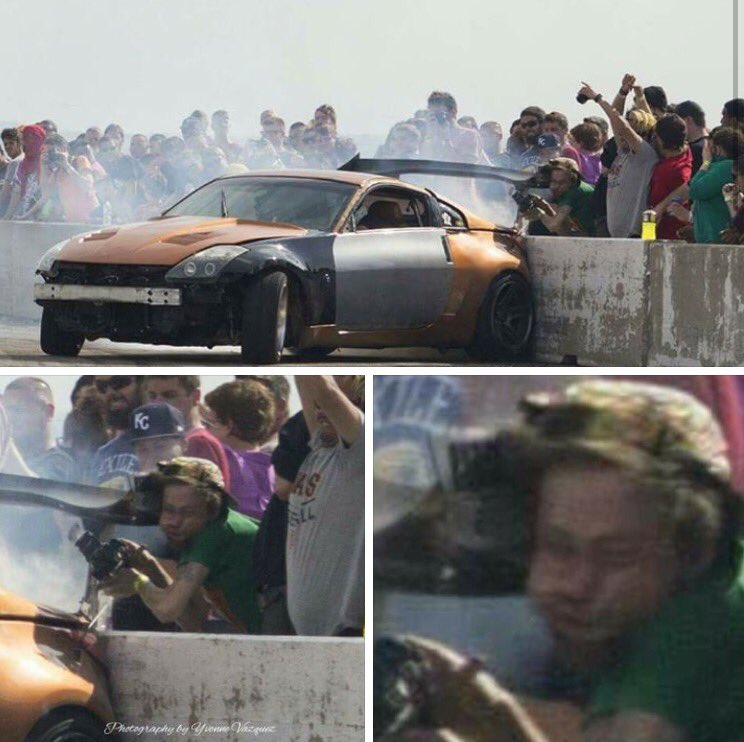