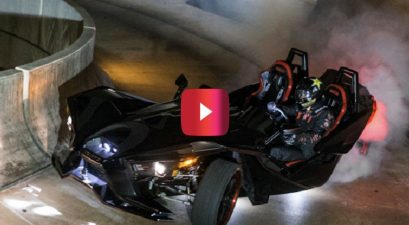 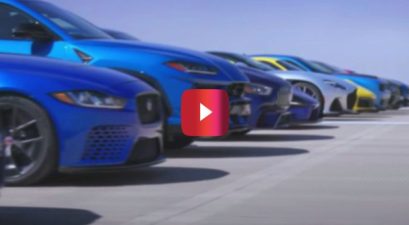 Nearly 15 years ago, the Australian Pro Street Association (APSA) was started as way for street cars of all stripes to go head-to-head in extremely epic drag racing bouts. You might think that America had a monopoly on the drag racing scene, but there have been some pretty awesome ASPA races over the years.

During one ASPA race from back in 2016, a Holden Torana outfitted with a nitrous-injected V8 engine landed a couple of NASTY wheelstands. For a split second, it almost looked like this thing was about to take flight. Without that pesky thing called gravity, that car would’ve launched into orbit. We’re talking up and up, past the atmosphere and into outer space. If you think about it, we’d probably have a nitrous-powered hot rod as a satellite right now. Thanks a lot, Isaac Newton.

Ok, so those wheelstands didn’t do this souped-up Torana any favors in the first-place department, but they still looked cool as hell. Now, if the team behind this wheel-standing hot rod were actually planning on winning the race, they probably could’ve stood to make a few tweaks. If you look closely at the car (actually, you really don’t have to look that close), you can see that the chassis is weirdly twisted and bent. But, hey, this thing was built for a good time, not a long time, ya know? Rough around the edges, but you definitely won’t forget it.

As Ricky Bobby’s dad famously said, “If you ain’t first, you’re last.” To be honest, I can’t say that I 100% agree with that. This drag racer may not have been first on the strip, but it’s definitely first in our hearts.