Police arrest five thieves who stole $590,000 worth of iPhones 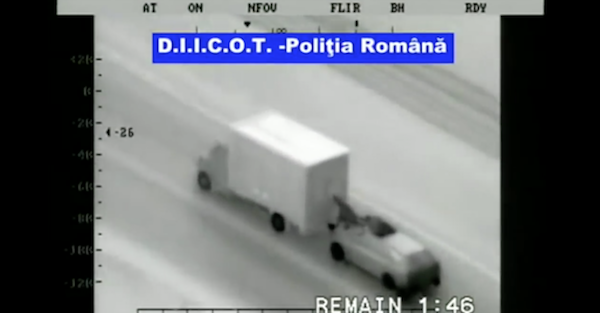 Police arrested five Romanian thieves near a museum with several Van Gogh paintings on display in the Netherlands, and they found $590,000 worth of iPhones in their hideout.

The suspects allegedly stole the iPhones off a truck while the truck was going down the highway. The Dutch press have called this maneuver the “Romanian Method.”

Related: Badass cop answers a call, spinning his car like a ?Fast and Furious? stuntman

In the “Romanian Method,” the thieves drive up right behind a truck, and two men get out of the sunroof. One man holds the other while he breaks into the back of the truck and steals whatever he can while the truck is driving down the highway.

According to the police, the gang of thieves have been responsible for 17 heists over the last two years, and it’s possible?though not confirmed?that the thieves were targeting the Van Gogh painting at the museum.

Perhaps the Romanian Method will be used in the next installment of the Fast and the Furious franchise.