Travis Pastrana adds another record stunt to his resume 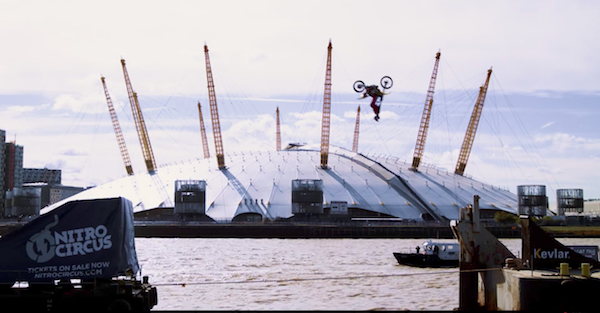 Travis Pastrana is an insane man.

It needs to be pointed out that this man, and the whole Nitro Circus crew, are terrifying people that consistently put their lives on the line for stunts. Thankfully, at least in Pastrana’s case, all of that insanity is backed up by talent on a bike.

Pastrana got a chance to showcase that talent recently in London, when he did a backflip between two floating barges. That’s a stunt between two floating pieces of metal on an active shipping lane, meaning there’s a whole lot of motion going on between the launch and landing ramps.

Of course, he makes it. The tone of this article would be completely different if the alternative were true, but you can tell Pastrana was very nervous leading up to the stunt.

Related: Travis Pastrana finds out why you shouldn’t try to show off in a slingshot