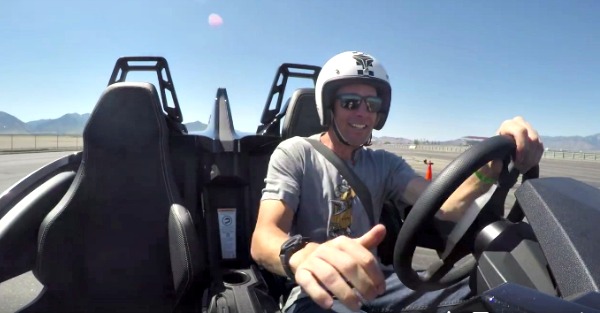 Travis Pastrana has had some career, and it is filled with tremendous highlights. He’s a 4-time Rally America champion, and also an AMA MotoCross 125 CC champion.  He’s also won several X Games gold medals. He’s even contemplating trying his hand at NASCAR.

He’s also known for daredevil antics that can lead to wrecks.

If you’re saying to yourself, “Did he just roll that and ride away like it was nothing?” Yes. Yes, he did.

His fans should expect nothing less from a guy who pushes limits seemingly every time he’s on the track.