Shifter Kart Drag Racing Looks Like an Absolute Blast, But Don’t Try This at Home 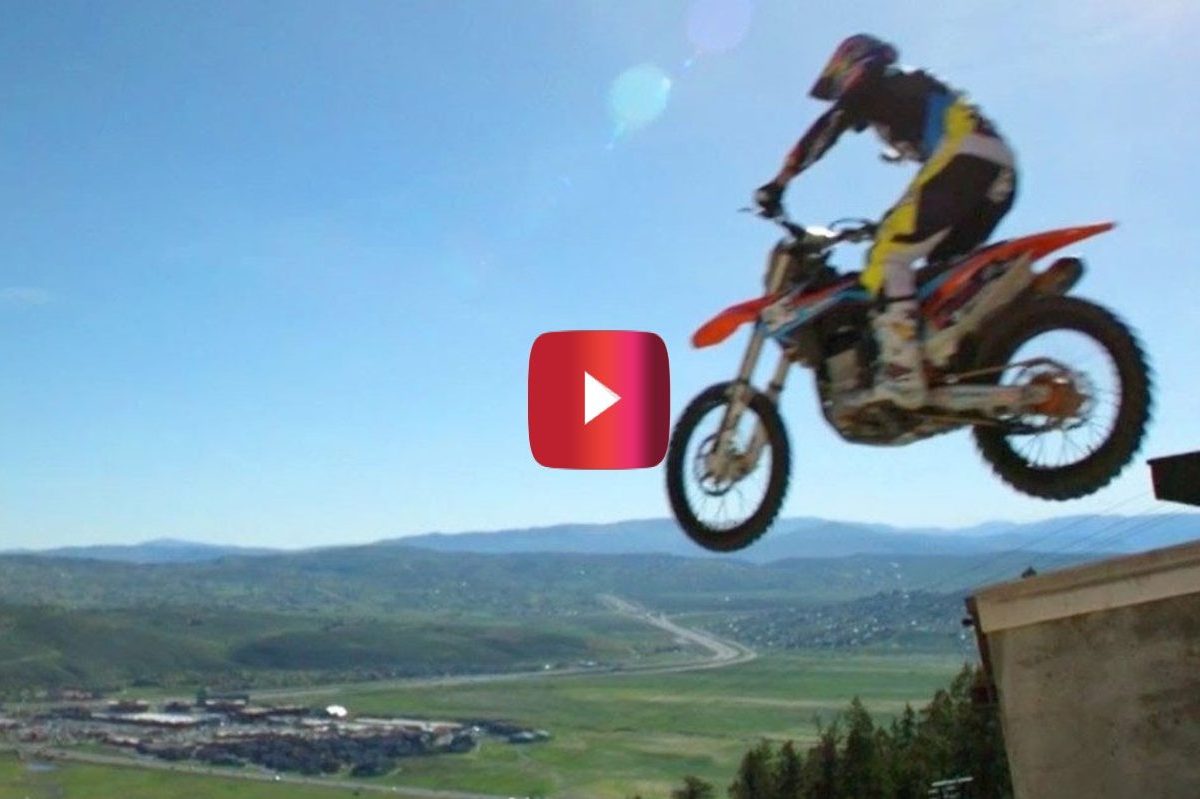 Freestyle motocross rider Robbie “Maddo” Maddison has pulled off his fair share of wild and crazy stunts over the years. The Red Bull athlete has garnered worldwide recognition for completing numerous New Year’s stunts on his dirt bike. He jumped on and off of a massive building in Las Vegas. He did long-distance jumps side-by-side with a snowmobile. He surfed a wave on his dirt bike. And, for a truly iconic stunt in 2016, he decided he wanted to launch himself off of an Olympic ski jump in Park City, Utah.

This massive jump proved to be a challenge in the beginning. The material on the landing ramp was a bit too fragile for the speeding motorbike, so his team had to build a more secure landing. They carpeted the entire stretch of the landing and adjusted the ramp angle to get the perfect takeoff they were hoping for. As for the Australian stunt rider himself, he didn’t seem to be too fazed by the challenge. The video shows the comparison between him, and an actual Olympic skier making the jump. Robbie had to hit the jump at about 6 MPH faster than a ski jumper to make up for the extra weight and less air time. Check out the iconic moment below in the video below!

You can see his view as he looks down the intense drop in. Most people would look at that and slowly start backing away. But not Robbie Maddison.

He drops in full steam and sends it off the end of this ridiculously big ramp. You see him soaring off the lip of the ramp at around 71 MPH, before floating through the air and trying to spot his landing. What do you know? He pulls it off flawlessly!

Maddison managed to set a new world record with a vertical drop of 185 feet! Just to be clear, that’s 18.5 stories high. He also soars with a jump distance of 375 feet, which is farther than a football field. This is just absolute insanity!

Robbie Maddison is one fearless dude. The amount of airtime that he had after leaving that jump is just wild. I’m not even sure how that KTM held up from the impact of the landing.

It’s just crazy to see some of the stunts that Robbie pulls off for everyone’s entertainment. This is a guy that sees a challenge and wants to take it on head first. Most of the stunts he has done are world’s first attempts, and he continues to push the sport of motocross to where it’s never been before. I applaud you, Robbie, and I look forward to the next over-the-top stunt you set your sights on.