If you call your truck a prerunner, it better be able to do stupid stuff like this 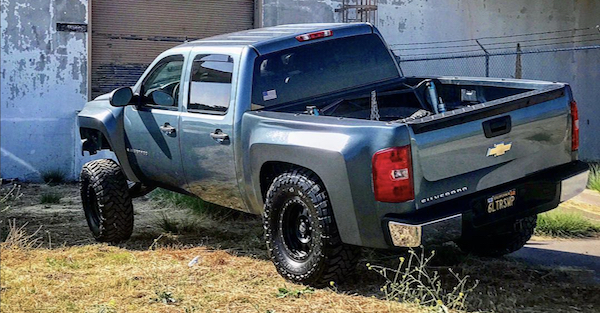 Have you ever noticed, as you’ve been driving down the highway, that the road has a surprising lack of loading ramps embedded into its surface? Some of you might make the connection between the amount of roads in the world and the dearth of loading ramps on them and come to the conclusion that driving cars off of raised surfaces at speed is bad for you and your vehicle.

But for every large-scale consensus, there’s one guy who tilts at the windmills and says, “hold my beer.”

Tony decided to try and launch his truck off a full-sized loading ramp at the Marine Corps Air Station El Toro in California. And the result didn’t turn out nearly as bad as you might expect. Tony’s Silverado limped away with minimal damage, compared to the beating it just took, and Tony himself is presumably O.K., which is a solid deal for a man who just performed a swan dive onto concrete in a full-sized pickup truck.

That is the kind of abuse an actual prerunner would have to endure when scouting a Baja course, so maybe it is a good thing they are testing the truck on the most extreme features a parking lot can offer.

Related: Dust2Glory is the Baja racing film you can’t miss