Expert Pilot Only Needs 44 Feet to Take Off, Land in Contest

Boeing 787 Dreamliner Takes Off Almost Perpendicular to the Ground 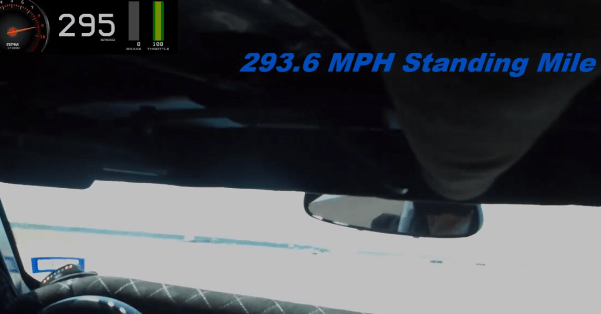 This is flat out amazing.

Going from a standing stop to nearly 300 MPH in a mile isn’t something you see every day. Then comes along M2K Motorsports with its modified twin turbo 2006 Ford GT. The 5.4-liter V8 beauty went from zero to 293.6 MPH in a mile, smashing the Guiness Book of World Records mark of 283.282 set in 2012 by another Ford GT. Talk about fast!