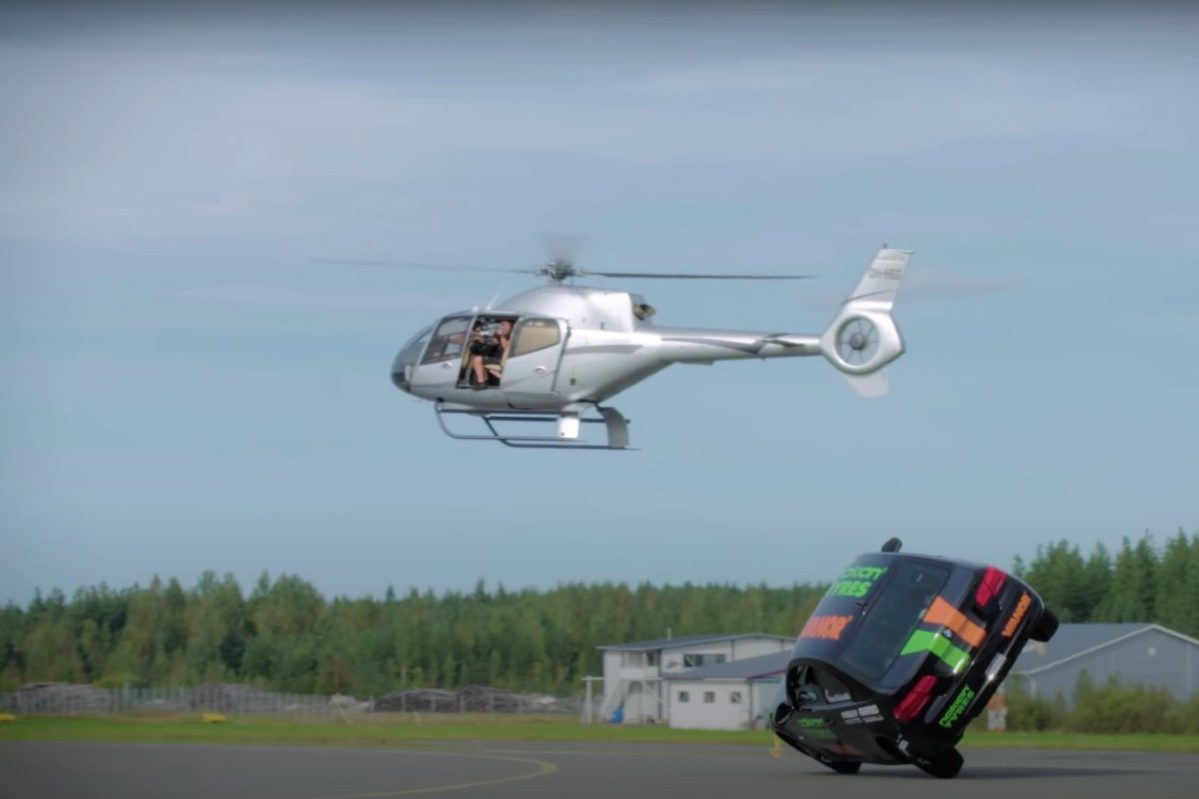 Obviously, not all Guinness World Records are created equal, and here at Alt_driver, we’re not ones to celebrate the types of records like longest fingernails or the largest group of people applying facial masks at the exact same time (both actual records, by the way). No, we’re more about the records that take actual skill. Which brings us to the record for fastest side wheelie in a car. Now THIS is something to see.

Back on August 31, 2016, stunt driver Vesa Kivimäki pulled off the world’s fastest side wheelie at an airport runway in Seinäjoki, Finland. Driving a diesel BMW 330 fitted with Nokian tires, Kivimäki reached speeds of 115.742 MPH (186.269 km/h). This was all on two wheels, mind you. Most folks haven’t even driven that fast on FOUR wheels. And, if you have, congratulations, because you’re either a stunt driver, a race car driver, or you’ve been featured on an episode of Cops.

Now, this probably isn’t a record that’s getting broken anytime soon. Considering that Kivimäki has been driving since the age of six, he’s more advanced than even most stunt drivers. Needless to say, your buddy Darrell may be pretty decent at ripping donuts in the Dairy Queen parking lot, but he’s not even close to our guy Vesa’s level.

All that said, if you’re hoping to immortalize yourself with a Guinness World Record, the world’s fastest side wheelie in a car ain’t even a record worth attempting. Maybe try something a little more doable, like most pancakes flipped in a minute or tallest cup stack.