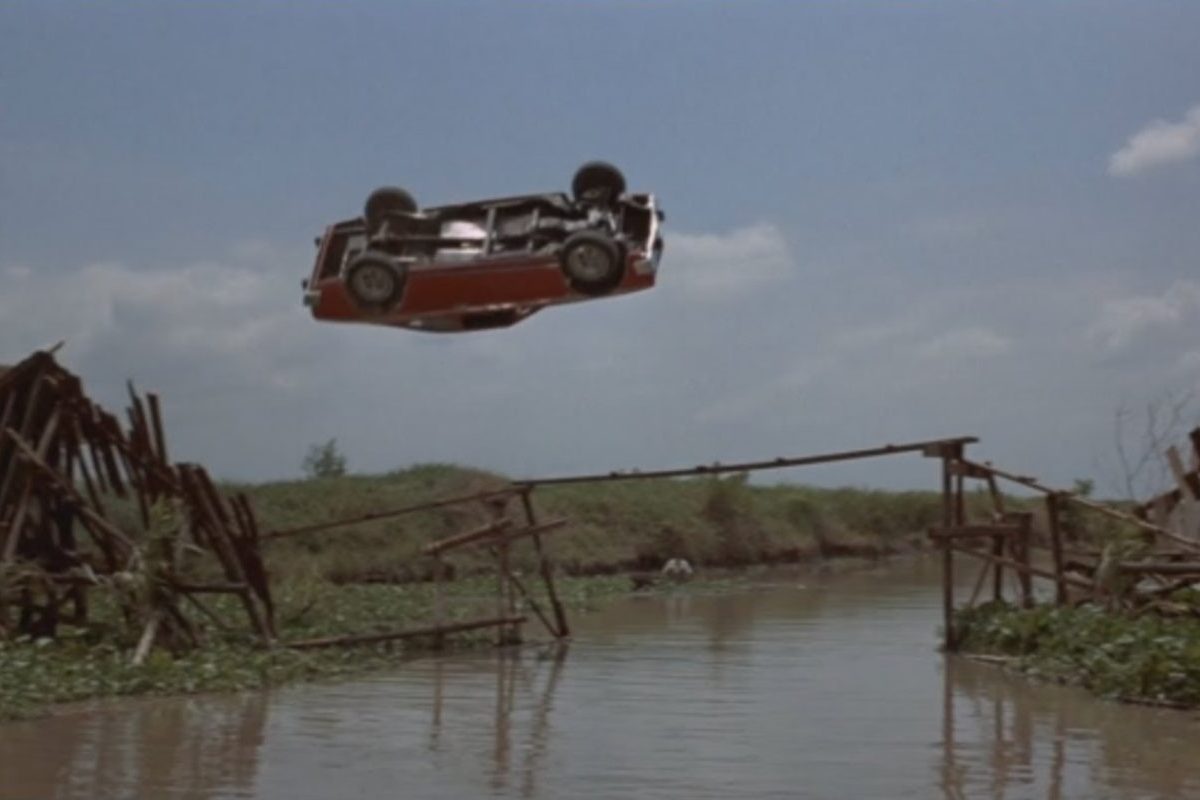 The James Bond film franchise is world-famous and acknowledged internationally for its many stunt scenes. The superspy who likes his martinis shaken, not stirred, is no stranger to danger. Ian Fleming was a British naval intelligence officer, journalist, and writer who published his first Bond book Casino Royale in 1953. Little did he know his character would spark a popular book series and an even more popular film series, featuring such installments as The Spy Who Loved Me, Live and Let Die, Goldeneye, and most recently, No Time To Die. Agent 007 has remained a staple in pop culture throughout multiple iterations of the films and multiple leading men, from Sean Connery to Daniel Craig.

A part of Bond’s appeal is his arsenal of cool gadgets provided by tech expert Q and MI6. James always has the coolest weapons, devices, and most importantly, the coolest cars. Every Bond movie features at least one insane ride that the superspy pushes to the limit. This often includes surviving chases and extreme jumps.

Throughout the films, Bond cars have featured machine gun turrets, grappling hooks, and just about everything but the kitchen sink. As cool as the spy accessories are, nothin’ beats a good old-fashioned car jump. The farther, the better, and 007 is always up for the challenge. There is no greater example than 1974’s The Man With The Golden Gun starring Roger Moore and Christopher Lee.

In this car chase scene filmed in Bangkok, Thailand, Bond sees a shortcut, so what else can he do but take it? The catch is, the bridge to get to the other side of the body of water is severed in two. To make things even more interesting, the pieces are angled oppositely, but never fear, Bond (and the art of cinematography) are here! Bond slams the brakes when he sees the shortcut.

He revs the engine while on the brake, then launches his AMC Hornet X hatchback towards the bridge. Both the car and the passenger scream as 007 makes the Hornet do a somersault accompanied by the comedic slide-whistle sound effect . When you’re James Bond, your car can do more than just drive, it can fly (and do gymnastics apparently). What makes this car stunt even crazier is that it was actually filmed in one take and done without computer simulation or any of that other modern-day Hollywood movie magic.

As a little behind-the-scenes tidbit, stunt driver Loren “Bumps” Willert actually performed the corkscrew jump not once but twice for spectators. This mid-air barrel roll would become one of the most memorable car jumps in the franchise because of its outrageousness. Only 007 can make that movie stunt seem smooth in spite of that hilarious sound effect.