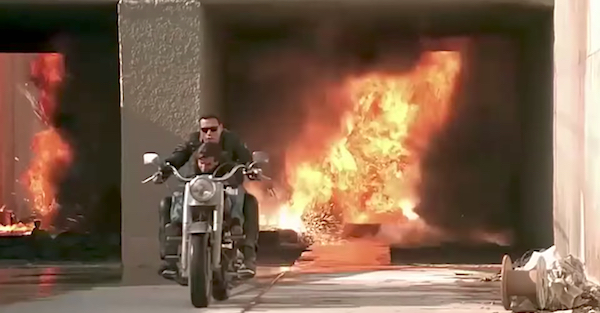 What happened in the 2000’s that made Hollywood so averse to a good, old-fashioned car chase? Was it some sort of collective awakening? Did they joke about it on Will and Grace, destroying its appeal? What happened?

As awesome as a fascination with speeding cars would be in today’s CGI-laden world, the 90’s did leave us with some amazing footage of people driving recklessly. And because we’re all too lazy to compile our own list, the folks over at Donut Media did all the work for us.

Of course Speed, Ronin, and Terminator 2 are all there; it’s a solid way to spend a few minutes, and if you didn’t already have plans for this weekend, 90’s movie marathon?