World record drift had all the drama with fears of fire, and an actual collision 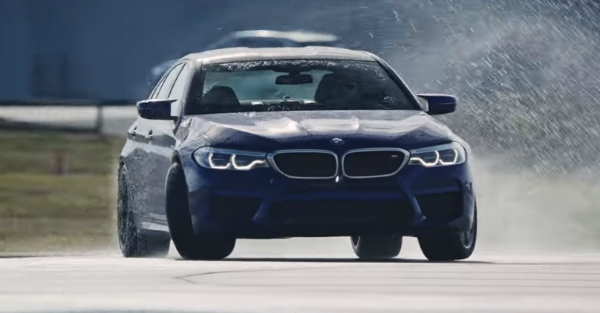 BMW sought to break the record for the world’s longest drift, but they did much more than break it — they annihilated it.

The previous record was a distance of 89.55 miles, but BMW easily surpassed it when they drifted for 232.5 miles in a new 2018 BMW M5, according to carthrottle.com.

RELATED: The classic BMW roundel is not what it seems to be

But more impressive than the insanely long drift, was that they managed to refuel the vehicle, from another vehicle — all while in motion.

There was concern about the car-to-car refueling, such as fire, the cars colliding, and the refueling person getting crushed between the vehicles. Initial testing of the task failed as the two cars did collide. But in the end it all paid off as they were able to nearly triple the distance of the prior record en route to capturing two Guinness World Records.

According to Guinness BMW could’ve stopped to refuel and it would’ve counted as a continuous drift. In true BMW fashion, they spiced things up a bit. Well played by the luxury auto manufacturer.