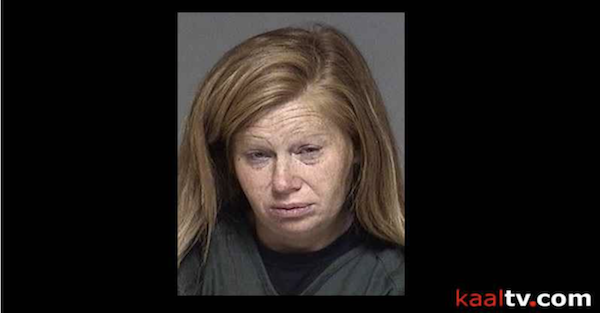 A woman in Rochester Minnesota was arrested Saturday after police say they caught her driving intoxicated with  five children in her car.

According to kaal-tv, the call to police was made by an off-duty Rochester Police Sergeant. Sergeant Kirby Long with the Olmsted County Sheriff’s office, stated that the woman was seen drifting and hitting a guard rail.

When police approached the vehicle she was breastfeeding an infant and there were four other children under the age of 10 in the car. The 40-year-old driver, Tasha Schleicher, was taken into custody and given a breathalyzer. She blew a .17 and is now facing a DWI charge, the report says.

The children were taken to Mayo Clinic Hospital, Saint Marys Campus and it was discovered the woman had five other children at home. The children are doing OK, and child protection has put them into placement.